The Art of Throwing Your Books at People 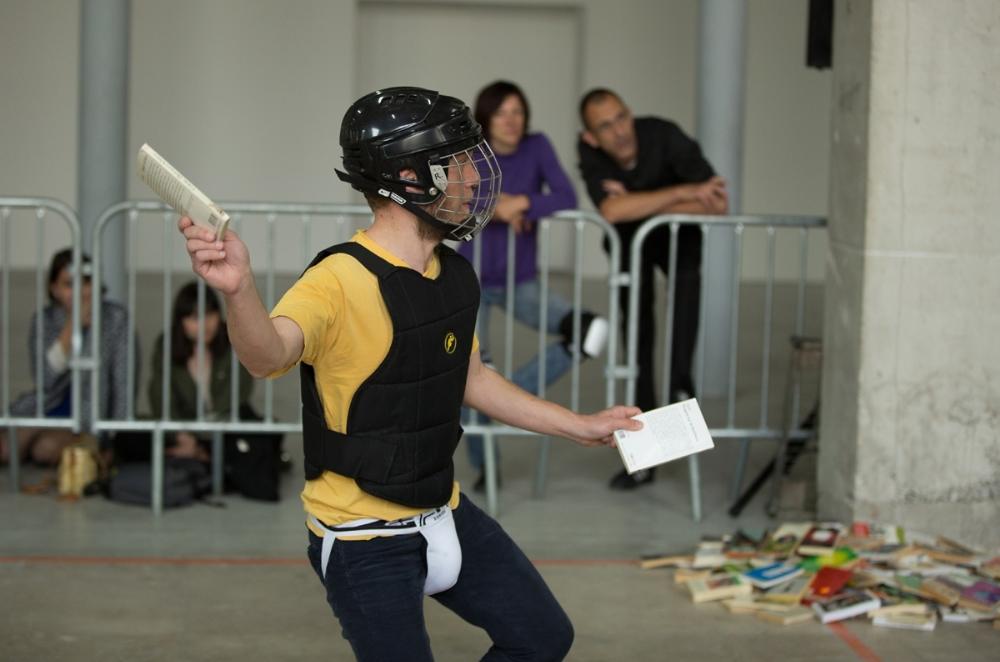 So, you’re a published author. Congratulations, that’s amazing! Now comes time for a whole new world of anxiety! What’s my Amazon ranking today? How many eBooks are selling? How many Goodreads ratings do I have? Is that enough? Oh, Gods, I don’t have context for any of these numbers!

Yeah, fun times are ahead. Either fortunately or unfortunately, there’s very little an author can do directly to move those numbers. And trying too hard with over-promotion can actually hurt your relationship with your existing audience, (I have probably been as guilty of this as anyone in the early going here).

But never fear. There is an exception. With very little effort, you can become your own best-selling bookstore!

With most book contracts these days, an author will get a predetermined number of free copies of their book from the publisher to distribute to friends and family, use in promotional giveaways, etc. The number varies, but twenty is a good starting point. The great part about selling these copies is they didn’t cost you a penny, so every dollar collected goes straight into your pocket and adds to the money you’ve already made off of the advance, even if the book never earns out.

I ran out of my author copies very quickly and had to replace them if I was to keep selling. In the case of my publisher, I was able to set up a vendor account and reorder new copies just as though I was a bookstore. I also received them for a 50% author discount, or again, what the publisher would have charged a retail bookstore. So each copy cost me $4. Once you reach this stage, there’s always the risk you’ll be stuck with copies you can’t sell, so I’d advise keeping your reorder quantities low until you have a handle on how often and how many books you can expect to sell. No more than twenty. There are advantages to ordering your own as well. First, they count as sales as far as the publisher is concerned. Second, you actually get paid on them twice, once with the mark-up you charge your customer, and again from the royalty you earn from your publisher. In my case, for each of these books I sell directly, I’ve not only made $4, but another 10% of the cover price goes towards paying off my advance and speeding up the day my books earn out and I start getting royalty checks. So win, win, there.

In the last eight weeks alone, I’ve sold more than sixty physical copies at $8 a pop or both for $14, and an unknown number of eBook and audiobook downloads, (not including another 100+ copies I’ve sold working my publisher’s booth at C2E2 and Emerald City Comic Con in that same time). This has meant almost a month’s rent in cash, just because I had books available when people asked.

I have some advantage in this other authors may not enjoy in that my comedy career frequently puts me in front of new audiences. Instead of selling T-shirts or comedy albums as people are filing out, I sell books. The advantages are numerous. Not only are people who buy a book walking away with a memento, but they’ve now had a personal interaction with me. We’ve shaken hands, and they’ve shelled out money for something I’ve created, strengthening my brand as both a comedian and an author, and increasing the odds that they’ll come back for more of both in the future.

However, even if you don’t perform regularly, there are still plenty of opportunities to move some paper yourself. Here’s some of the tips I’ve learned in the process:

1. Always have copies on you:

You never know when you’re going to run into a potential customer. In the last two months, I’ve sold books at bars, coffee shops, a writer’s group, the gym, and even a grocery store. It’s impossible to know when a casual conversation might naturally turn to discussing your own work. When it does, you have to be ready for the chance someone shows interest. Keep a couple of copies in your car, or in a bag. Always have at least one handy.

Along with having copies around, always make sure to have some cash on your person to make quick change. I keep about $20 in my wallet now, broken down into a ten, five, and ones, so I can handle it if someone pulls out a Tubman ($20).

Seriously, do this right now. Many if not most people these days, myself included, have moved beyond cash and instead use cards for all of their daily transactions. Limiting yourself to cash limits your opportunities to sell. But fear not, there are cheap and easy solutions out there. For example, I use a Square card reader that plugs right into my smart phone and lets me accept any major credit or debit card. The hardware and app was free, and they only charge a reasonable 2% fee on each purchase. There are readers available that can take chip cards now, and the app had advanced to the point that it can take and store transaction even if you’re not connected to the internet. PayPal and several other companies have similar services available.

This next bit doesn’t apply to the grocery store or gym, but does apply to anywhere you’re going to set up a display or table, like a library or school appearance, or a book club or writer’s group meeting. In these situations where you’d expect that quite a few people may be interested in buying your book, always bring more copies than you realistically expect to sell. I don’t mean a combat air drop, just a few. Why? Because selling out of your supply feels like a great accomplishment until you realize that it probably cost you additional sales. This is a lost opportunity cost, and it sucks. Further, when people look at your table, they should see an ample supply. It may be counter intuitive, but that abundance tells their brain that the product is appealing. Think about it. What’s more visually attractive when you’re out shopping? Fully stocked shelves, or empty racks? Which are you going to be more likely to spend your money on?

It a truth of the modern literary marketplace that there is a small but significant fraction of consumers who no longer buy physical books, preferring instead either eBooks, or a growing number of people who consume all of their books on audio. Don’t let these potential sales slip through your grip. Make sure to always have a supply of business cards or other mementos with links to your website, email, and titles of your books to hand out when physical copies aren’t an option. That way, your potential reader will walk away without having t remember the specifics of your name or book title. It doesn’t guarantee a sale, but it increases the odds that they’ll hit up the Kindle or Nook store and add you to their download queue.

6. You don’t have to be a used car salesman:

In addition to my time spent shouting at people on stage, I was also in sales in a past life, selling everything from sports cars to Medicare Supplements. It’s brutal work. So I can tell you honestly, this is nothing like that. You don’t have to be a larger-than-life personality, or a shameless huckster, to sell your own books. People don’t need the hard sell here. Average, ordinary conversations can very organically lead to people asking you for a copy. As long as you can be at least mildly comfortable talking about your work, odds are good you’ll never really have to try and close the sale. The reader will usually do it for you.

So, that’s what I’ve learned over the last two months. I hope it was useful. Now, go forth and hand sell. Make money! Become famous!

Oh, and buy my book.