One Final Thought on the Hugos

One final thought on the whole Sad/Rabid Puppies and Hugo affair.

Over the last few years, we’ve seen an explosion of new Voter ID laws being pushed in the states, including my home of WI. The reasons certain politicians introduce the laws are simple and obvious attempts to disenfranchise voting blocks such as poor, minority, elderly, and college students that tend to vote for the other party. However, if you talk to the people on the ground who support these laws, they deny the actual motivations and cling to the active delusion that they are protecting the integrity of the election process from the scourge of in-person voter fraud plaguing the country.

The only trouble is, there is no fraud. The number of actual confirmed cases is so small as to be statistically insignificant, unlike the estimated millions of people nationwide who will be barred from voting as a result of these new restrictions. But you can’t convince Voter ID supporters of this objective fact.

In Wisconsin, the only documented case of voter fraud in the last election cycle was actually a Scott Walker supporter, the Governor who signed the Voter ID law, because he was convinced that he had to “balance out” all of the minority voters who were going back to the polls like they had a revolving door.

They believe the lies that voter fraud is endemic, with millions of votes being cast by dead people, duplications, etc. Enough votes to sway entire elections, even at the national level. They believe that the only reason their side loses is because, naturally, everyone else must be cheating, not because an actual majority of the country disapproves of their policies and candidates. It’s the only explanation that they are willing to accept, instead of facing the reality that times really have changed on topics like gay marriage, healthcare, drug legalization, immigration, and a host of other issues they hold such inflexible attitudes about.

The whole SP/RP phenomenon is a microcosm of this inability to recognize and cope with shifting attitudes and preferences within the fandom community. They simply refuse to believe that the silent majority really has moved on to new things, so they concocted a narrative to explain their failures where some secret cabal is somehow stacking the deck against them. How this is accomplished, considering both the nomination and voting processes are done through public ballot, is never clearly explained.

And much like the Wisconsin voter fraud case above, the Puppy slate voting was a coordinated attack (although within the rules of the award at the time) meant to counterbalance the SJW conspiracy locking them out of the nomination process. But just like the WI case, there was no conspiracy. There was no attempt to lock them out. They just weren’t that popular among the people who follow, vote for, and attend the Hugos. They thought they’d awaken a sleeping populist dragon that would swoop down and defeat the small clique of elitists holding them back. But the beast they awoke turned on them instead.

That’s a tough pill for anyone to swallow, but the ensuing results should make it very clear where the sympathies of the actual silent majority of modern fandom lay. Now, the question is, will the SP/RP’s take the time to do some self-reflection and learn from this lesson, or will they double down and comfort themselves with even more extreme conspiracy theories? Only time will tell. 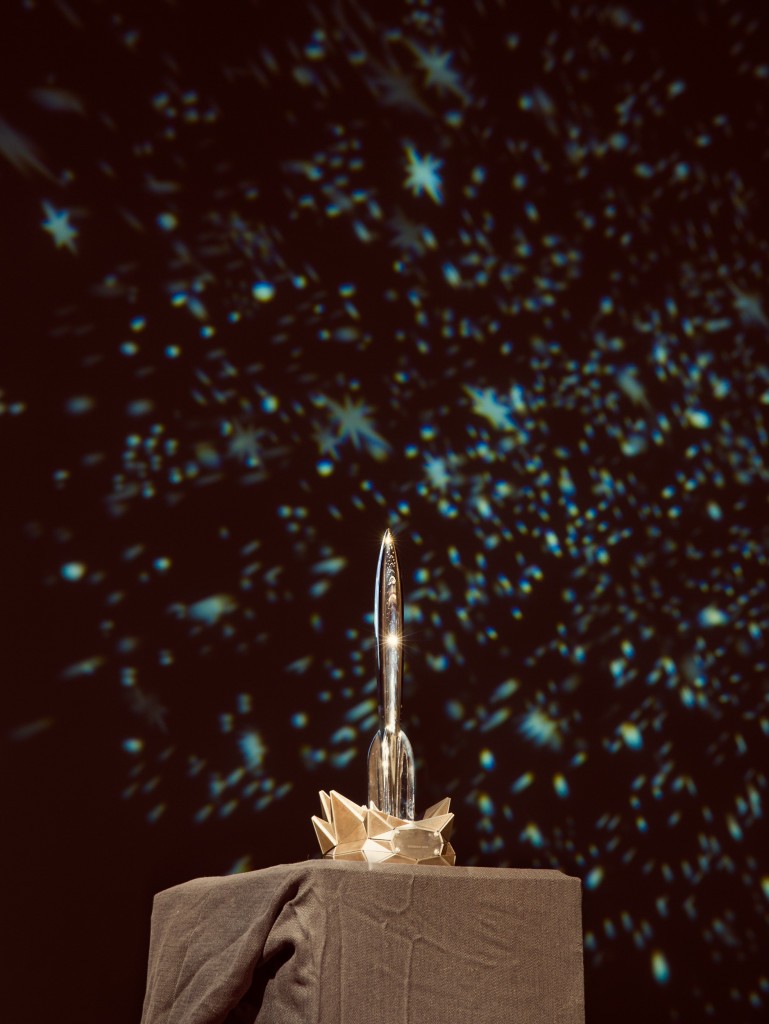 “Okay,” you’re saying, “That’s the most click-baity title I’ve ever seen. He just stuffed it with hashtags.” Yeah, a little, but hear me out. It all comes together by the end, I promise.

Over the weekend, I was fortunate to be one of the handful of survivors of the 73rd WorldCon in Spokane. Between the throngs of attendees lost to the wildfires and the bloodbath that was the Hugo Award ceremony, I was lucky to escape with my life.

At least that’s the impression the rest of the web seem to have gotten.

In reality, Spokane played host to one of the most positive, friendly, and welcoming WorldCons in recent memory. Although to be honest, the smoke was a real issue. I’ve never been in a declared FEMA emergency before, so that was kind of cool.

I’m assuming that anyone reading this is already at least passingly familiar with the Sad Puppy/Rabid Puppy movement and their attempt to sabotage and vandalize the Hugo Awards this year. In short, a small cabal of fans who are totally not racist, misogynist homophobes, just ask them, tried to stuff the Hugo Awards with nominated works that more closely fit their preference for Sci-Fi that skips any mention of minority struggles, gender equality issues, or homosexuality so it can instead focus on stories about killing aliens with their shooty pew-pew laser guns, which, they claim, is what fans really want to read about.

They were not entirely unsuccessful in their attempt. In five categories, the Puppy slate dominated the nominations, ensuring a victory for classic, golden-age style sci-fi that doesn’t try to hurt our thinking meats. But then, a funny thing happened. In response, the fandom community awoke. WorldCon membership swelled, blowing past previous records by 65%. And in each of the five Puppy dominated slates, the membership voted for “No Award,” isolating and nullifying the attempted sabotage through pure, grassroots democratic action, and doubling the number of times “No Award” has been used in a single night.

Here’s the thing about that, though. It was widely anticipated that the Hugo Awards were going to be ground zero in the battle dividing the fan community, possibly creating a schism that might never heal. The reverse happened. The awards were free of acrimony, and were instead the most unifying and funny that anyone can remember. There was virtually no Puppy presence at the convention. Outside of a couple of authors associated with the movement in attendance, (who largely kept a low profile) everyone of the thousands who actually showed up to add to the record attendance was somehow a member of the tiny, secret cabal of SJW’s working to ruin sci-fi. Quite the feat, if you know anything about trying to organize nerds.

Is this sounding familiar? Because it should. It’s a pattern I’ve seen repeated over and over in our country in the last few years. In the face of changing demographics and shifting conversations about equality, a small but furious minority of people with a vested interest in defending the status quo are able to project an overblown presence on social media and in the press, claiming to represent some sort of silent majority that has been intimidated into silence at the hands of ruthless progressives who eat their young, or something.

It happened with the Sad Puppies. It happened with the GamerGate lunatics, who were so concerned about the quality of videogame journalism ethics that they accidentally went on a months long misogynistic screed online that totally wasn’t about being anti-woman. You know, like when the drive through forgets to pack a straw and you accidentally let out a ten minute, uninterrupted string of racial slurs. It’s not about your abhorrent racism, it’s about quality control in the fast food industry.

It happened with the resistance to Same Sex Marriage, which wasn’t about preserving the practice of treating the LGTB community as second-class citizens denied basic human rights, it was about protecting families from, I don’t know, flower arrangements and musicals maybe? I don’t understand how these people think.

It happened with the creation of the All Lives Matter hashtag, the resistance to the removal of the Confederate Flag from the South Carolina Capitol grounds, and a dozen other examples when the disadvantaged dare challenged the legitimacy of the status quo.

But, instead of waking the silent majority to rally around their flag, the opposite keeps happening. The Sad Puppies managed to grow and consolidate the WorldCon fanbase into a solid and historic rebuke of their behavior. The GamerGate mouth-breathers managed to wake the video game industry up to the reality of gender discrimination in employment, design, and content, leading to a slew of new opportunities for women in the field and more titles aimed at female gamers. The Prop 8 folks, and those like them around the country, managed only to crystalize support for marriage equality with their cruel tactics, forced the issue to the U.S. Supreme Court, and likely accelerated the process of bringing gay marriage to all fifty states by a decade or more. The opposition to the Ferguson protests simply drew enough attention to bring in the Justice Department whose report really did reveal an enormous racial disparity in the conduct of the city’s police department. And the protests over the Confederate flag only helped to confirm what everyone had been saying about its history and meaning, hastening the day it was brought down.

In all of these cases, the small, rabid defenders of the status quo and their ugly tactics failed to bring support for their cause into the mainstream. Instead, the opposite has happened. They’ve woken people of conscious and propelled them into action, raising the very sleeping army that rises up to oppose them. As a result, positive change is happening at an ever increasing pace, with a speed that wouldn’t have been possible without the motivation to act.

In the end, the Sad Puppies, GamerGaters, etc, have managed only to accelerate their own irrelevance. I’ll be calling them #HushPuppies from now on. They took their best shot, but now it’s time to shut the fuck up.

TRIDENT’S FORGE is Ready for Preorder! 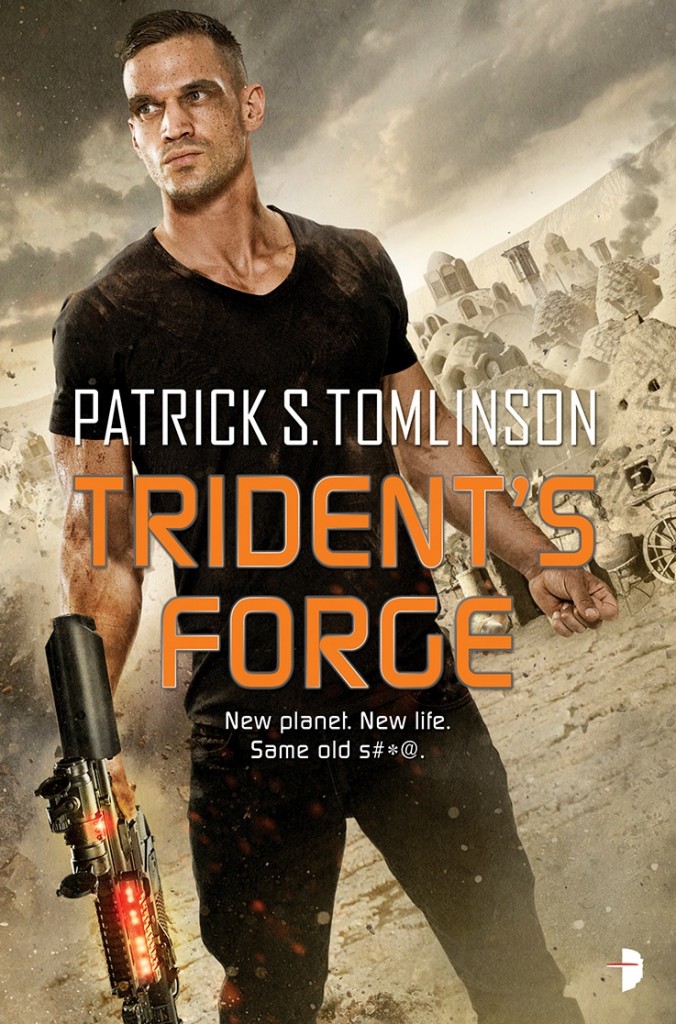 Hey folks! A couple of big bits of news today. The second book in the Children of a Dead Earth cycle, TRIDENT’S FORGE, is now available for preorder on Amazon. The release date of Feb 2nd is a little suspect, just so you know. Last I knew, it’ll be published sometime in April. If you’ve already preordered THE ARK, thank you, you’re my hero. If not, you can find it here. THE ARK will be launching on November 3rd for sure.

The other big bit of news is we’ve signed a deal with Audible to produce audio versions of THE ARK, TRIDENT’S FORGE, and the as-yet unnamed third book in the cycle. The audio versions will launch right alongside their paperback and eBook counterparts. So now you’re all out of excuses. Hurry up and buy!