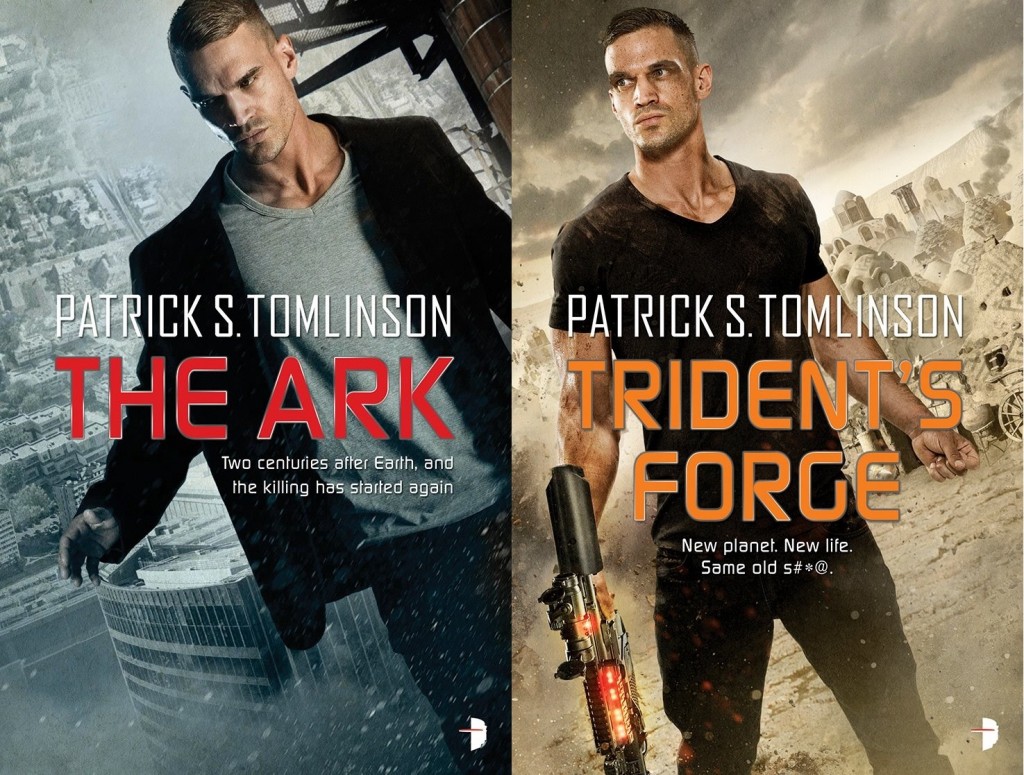 Great news for sci-fi fans with visual impairments. My excellent publisher, Angry Robot Books, has made arrangements to make my first two novels available in either large print or Braille formats to serve the needs of an even larger audience.

I’m very proud to be able to offer my work to this new community of fans. If you have need of one of these alternate formats, or know someone who does, just follow the links below: 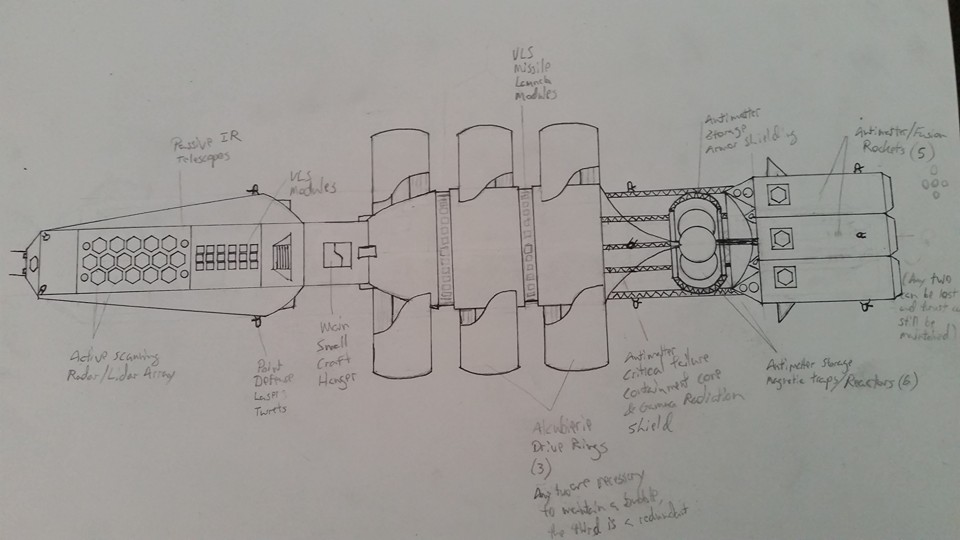 Hey gang. Patrick here. As you know if you keep up with the blog, I’ve recently turned over the manuscript for the third book in the Children of a Death Earth series to the publisher, and sold A HOLE IN THE FENCE to Tor. It’s going to be a little while before I get editorial feedback on those two projects, so I’ve got a couple of months of open space in my writing schedule to play with.

So naturally, I’m starting a whole new project set in an entirely new and different universe from the other two. This is raw, doesn’t even have a working title yet. I have an outline, but those are always subject to big changes so nothing is set in stone. What is certain is it’s going to be a military sci-fi novel with a Cold War/Corporate Espionage feel to it that is suddenly even more timely than I thought it would be when I first started fleshing it out a year ago. Above is a concept sketch of the main good-guy ship, a long-endurance cruiser named the Ansari.

Anyway, that’s about all I’m ready to share at the moment, but here’s a sneak peek at the prologue I wrote this week. Enjoy!

Hovering in the cold and dark and utter silence, it waited, and watched. It had neither ears to hear, nor a mouth to speak, because there was nothing to hear, and nothing to say.

It waited, and watched. That’s what it was good at. Best at. Its endurance was measured in years, and its eyes could see everything from the infrared straight through to gamma rays. It never tired. It never grew bored or distracted. It could differentiate units of time down to picoseconds, or distances in parsecs. It was vigilance given form in metal and polymer.

And it wasn’t alone.

It was the thirteenth of fourteen identical siblings, down from fifteen when the deployment began. One sibling had been lost to a micrometeoroid impact that had been below its detection threshold until it was too close to maneuver against, but the rest continued to function optimally. They floated within a sphere more than three AU in radius, each tasked with monitoring their own sectors of that volume, as well and providing overlapping coverage for one another. Whisker lasers kept them connected to each other and with Mother across the yawning chasm of space. It took two thousand, eight hundred, and eighty-seven seconds for its data stream to reach its furthest sibling, and the same time again for a reply to arrive.

Since arriving at its assigned station two thousand, one hundred, and forty-seven hours ago, it had tracked, identified, and catalogued more than seventy-three thousand objects inside its sphere of responsibility, eighty-six percent of which had been cross-checked and independently verified by a minimum of two other siblings. From protoplanetary dust grains only a few millimeters across, all the way up to comets and asteroids many thousands of meters wide, it tracked them all, assigned them log numbers, projected their trajectories, and assessed the threat level they presented to Mother’s navigation.

But insofar as it could experience satisfaction, tagging specks of dirt and balls of ice did nothing to fill that requirement. It was a machine of war. Its sensors were meant for spotting and tracking missile plumes, warship emissions, and intercepting clandestine signals. Its adaptive camouflage and meta-material skin, identical to Mother’s, was designed to fool or absorb enemy scans that went poking around looking for it.

It was intended to find targets for Mother’s weapons, resolve firing solutions, guide missiles into armor belts, and warn Mother of incoming threat vectors. It was not built to chart billion-year-old planetary rubble. That sort of task was supposed to be left to astronomical survey drones. If it had lungs and air to breath, it would’ve sighed.

An encroaching object set off its proximity alert, drawing its full attention. It reviewed the last six milliseconds of collision-avoidance radar data. The threat object was cylindrical, eleven-point-two millimeters across, moving at fifteen thousand meters per second on a direct intercept course. Projected impact in seven tenths of a second. A full emergency chemical thruster burn would be necessary to avoid a collision. Blackout protocols stepped in to stop the burn, projecting such an action would mean an unacceptable risk of detection.

After a fraction of a millisecond’s consideration, it overrode the protocols. Six hydrazine thrusters on its ventral surface erupted at once, expelling rapidly-dispersing clouds of scorching hot gasses that would light up like torches for any passive IR scanners within ten light minutes in every direction. The thrusters pushed hard to overcome the inertial momentum of its seven metric tons of mass to move it out of the threat envelope.

They were very nearly successful.

Its chassis shuddered under the glancing blow, sending shrapnel, electrical surges, and jarring vibrations throughout its internal structures. Fuses snapped open to protect delicate electronic components from burning out as its gyroscopes barked instructions to the thruster array to calm its chaotic spin and maintain station-keeping.

The violent gyrations came to heal with only seventeen percent of its hydrazine stores left in reserve. It could still maneuver under ion thrusters, or warm up its fusion rocket plant, but neither was capable of the short-duration, multi-gee acceleration of its chemical rockets necessary for collision avoidance.

Nor was that the end of the bad news.

Diagnostic reports streamed in from its peripherals. Six panels of adaptive camouflage were damaged. Two were still drawing power, but had been cut off from the data network. Two burst capacitors were offline. The portside gamma ray detector was out of calibration. Structural frame members three, four, five, seven, and eight had been compromised. But most importantly, its primary omni-directional whisker laser gimbal mount was frozen in place and unable to track.

It had survived, but would need a major overhaul aboard Mother to be brought back up to optimum functionality. It began the procedure to bring its secondary whisker laser mount online so it could inform its siblings of the impact and its diminished capabilities. At the same time, it turned an eye towards inspecting the debris cloud left over from the impact. Something about the incident nagged at its logic and pattern-recognition software.

It knew exactly what it had lost in mass down to the gram, and knew the chemical makeup of its missing constituents. Armed with this information, it turned a spectrograph towards the expanding junk cloud and scanned the particulates. After accounting for all its own damage and removing it from the analysis, all that remained was approximately twenty-nine grams of an unknown tungsten alloy refined orders of magnitude beyond the purity of any naturally-occurring meteorite.

Its proximity alert tripped again. Three more threat objects approached, arranged in a perfect triangle, tracking from an identical vector and velocity as the first.

It had been boxed in. Any evasive course it could had taken away from the first projectile had lead it inexorably into the path of one of the other three, and with such a paltry volume of chemical propellant left to burn, it couldn’t escape a second time.

In that nanosecond, it knew what had happened to its lost sibling, and knew it was fated to fall to the same unseen enemy. It had failed to spot the intruder, but there might still be time to get word to Mother and its siblings. With the tenths of a second that remained, it warmed up its high-gain radio transmitter, overrode half a dozen communications blackout and security protocols, dumped all the data and telemetry it had collected in the last few seconds into an encrypted burst packet, and maxed out the transmitter’s power output.

It managed to broadcast two and a half kilobytes of data before being obliterated. 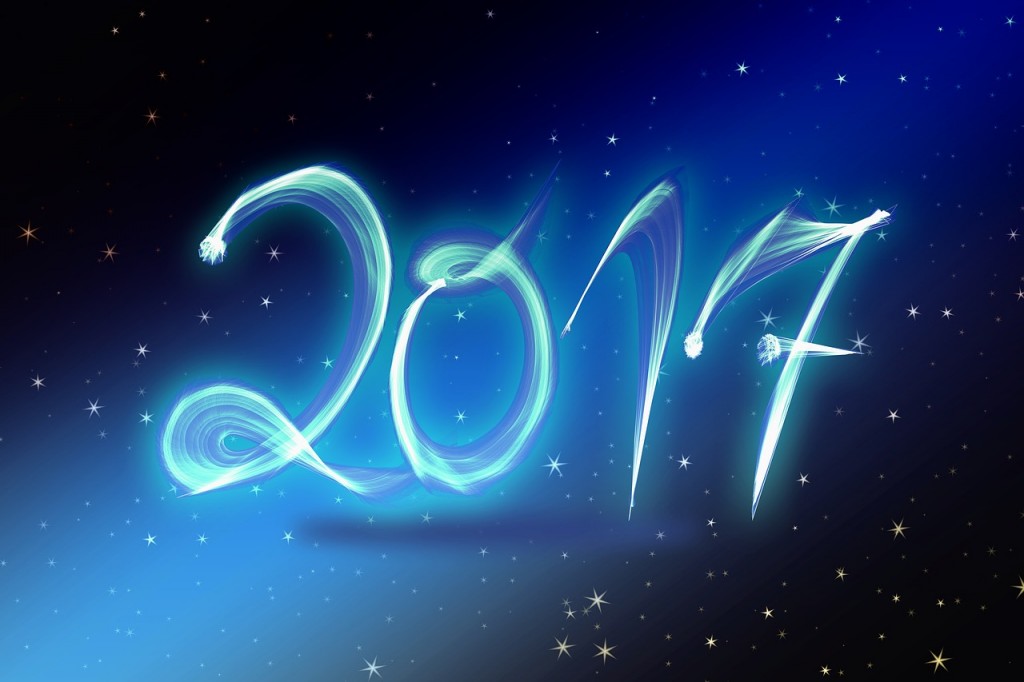 Congratulations! You survived a mass-murdering, clown shoes, mile-high tire-fire of a year!

And so did I, somehow. Looking back on the last year at a purely professional level, it was actually my best year yet, not that I’m going to forgive it in any way for the rest of the carnage it inflicted.

In 2016, I published my second novel TRIDENT’S FORGE. I wrote and sold CHILDREN OF THE DIVIDE to Angry Robot, sold my very first novel A HOLE IN THE FENCE to Tor Books, wrote a great humor novella called THE IMPORTANCE OF BEING BA-427, and published twenty-five op-eds on The Hill.

All total, I put down around 180k words for publication, which means I’m still about 200k short of the mythical Million words mark where everything becomes amazing forever. So that’s a goal.

In the coming year, I’m already on the hook for editorial rewrites of two books, writing all of third, probably starting a fourth, and right around fifty op-eds if absolutely nothing gets added to my plate in the next twelve months.

Which is not likely…

Anyway, you’re probably expecting something inspiring for the new year, so here goes. In 2017, be absolutely relentless. If a short-tempered malcontent like me can make it as an author, there’s nothing keeping you from it. Like, literally nothing. They really shouldn’t be letting me do this. There are way more qualified people.