Hillary Clinton, the ACA, and the Importance of the Middle 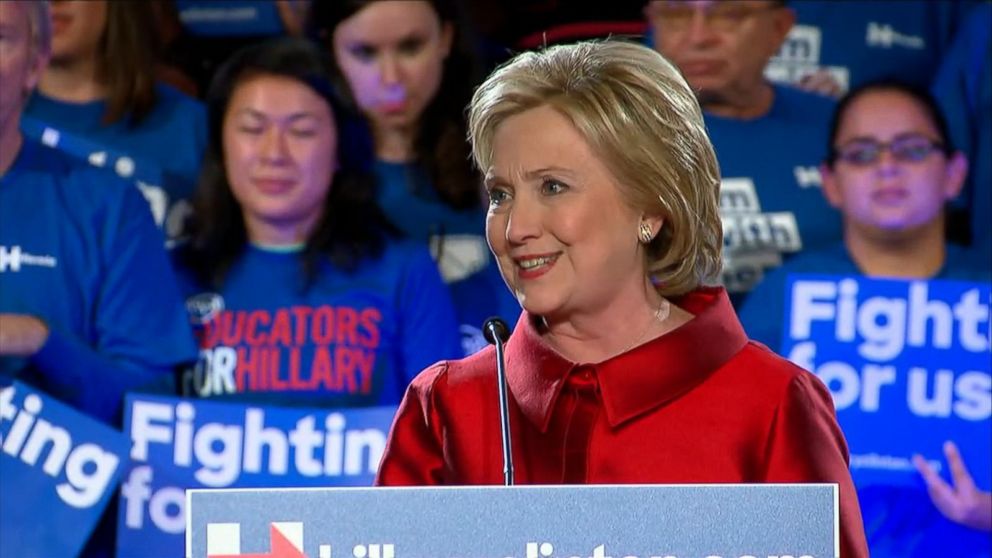 Well, that thing I’ve been saying was going to happen for months? It happened. Hillary Clinton is now the presumptive nominee of the Democratic party, earning clear majorities of both pledged delegates and the popular vote. She takes a historic place as the first female presidential candidate of a major American party.

And boy, do people hate her for it.

The level of vitriol, slander, character-assassination, and outright propaganda Clinton has faced over the last twenty-five years in the public spotlight is without precedent. Only Barack Obama has been run through a similar gauntlet of irrational hatred, only his started in earnest in 2007, not 1992.

Even more bizarrely, and despite most of her policy positions being slightly to the left of President Obama, the anger and hatred being directed at Clinton is coming from both extremes of the political spectrum  in almost equal measure, with the #NeverHillary idiots being made up of disillusioned Sanders supporters and rabid Trump bobble-heads in almost equal parts.

This is, quite simply, ridiculous. Clinton’s voting record during her time as a NY Senator was one of the most reliably liberal in congress. Her time in the White House as First Lady was spent largely working towards her goal of ushering in Universal Healthcare, derided as “HillaryCare” by Republicans at the time, a dry run for their attacks on “ObamaCare” more than a decade later.

Which, as it happens, is a surprisingly good analogy for Clinton herself.

Like the Dem’s presumptive nominee, the ACA remains a deeply divisive, even unpopular piece of legislation opposed by the extreme left almost as reflexively as it is loathed by the extreme right. Progressives see the law as merely reinforcing the status quo and being a huge taxpayer funded windfall for the health insurance industry. Conservatives see the law as the very embodiment of communism and a complete government takeover of the healthcare system. Nevermind that it was their goddamned idea.

Guess what? They’re both fucking wrong. The ACA is far from perfect, and work remains ahead to fix some of the issues that have arisen since implementation. But overall the law has succeeded in curtailing the worst abuses of the old for-profit healthcare system, has expanded coverage to many millions of more people, seen the health insurance cost curve bend downwards for the first time in decades, shaved hundreds of billions of dollars off the long term debt, while extending the solvency of the Medicare and Medicaid trust funds years into the future.

Yet despite these obvious and irrefutable successes, the law still faces unflinching opposition from both sides, with Republicans in congress voting more than sixty times to repeal or defund it, and some progressives openly calling for its removal in the deluded hope that destroying what progress has been made will somehow trigger a revolution that leads them to the Single Payer promised land.

Does that sound familiar? Because it should.

Tea Party Republicans and Bernie Bros both loathe Hillary, but see almost completely different things while they look at her. One sees a gun-grabbing, tax-and-spend socialist on par with Senator Sanders in her zeal to turn America into a communist concentration camp, while the other sees a 1% out-of-touch millionaire beholden to big business donors with no regard for anyone who doesn’t belong to a yacht club.

These caricatures are, naturally, mutually exclusive and cannot represent the same person in reality. Yet they persist, to the point that Republicans are endorsing someone even they have had to admit is openly and nakedly racist, while many on the left are cheering on the prospect of the combover fascist winning because they again falsely believe that they destruction he would inflict would lead them four short years later to the utopian paradise they feel was stolen from them when Bernie lost.

This reasoning is, in short, completely insane. It is also transparently privileged, coming as it overwhelmingly does from the sort of straight, white, males that wouldn’t actually have to directly suffer any of the consequences that would result from crowning a xenophobic, nationalistic, authoritarian, misogynist, racist, war-mongering shit cannon as our Chief Executive for four years.

In the end, these extreme representations of Clinton’s record and career say far more about the people who hold them than they do about the candidate herself. And, just like the ACA, while Clinton is not what either pole of the spectrum wanted, she is what was possible at this moment in time. She is an immensely superior option compared to the alternative, and she will likely end up doing a tremendous amount of good for the country as a whole because she is moderate enough to appeal to the mass of people in the center, meaning she will actually try to get shit done instead of worrying about passing some sort of arbitrary partisan purity test.

Because like it or not, that’s how our democracy was designed to work from the onset. The entire system is built around making large, rapid changes nearly impossible. To tamper down fleeting passions of the electorate and only allow those decisions that have overwhelming acceptance and public support from ALL corners of the country to more forward. That was always the plan. Clinton gets that.

I look forward to calling her Madam President and seeing what she can do.