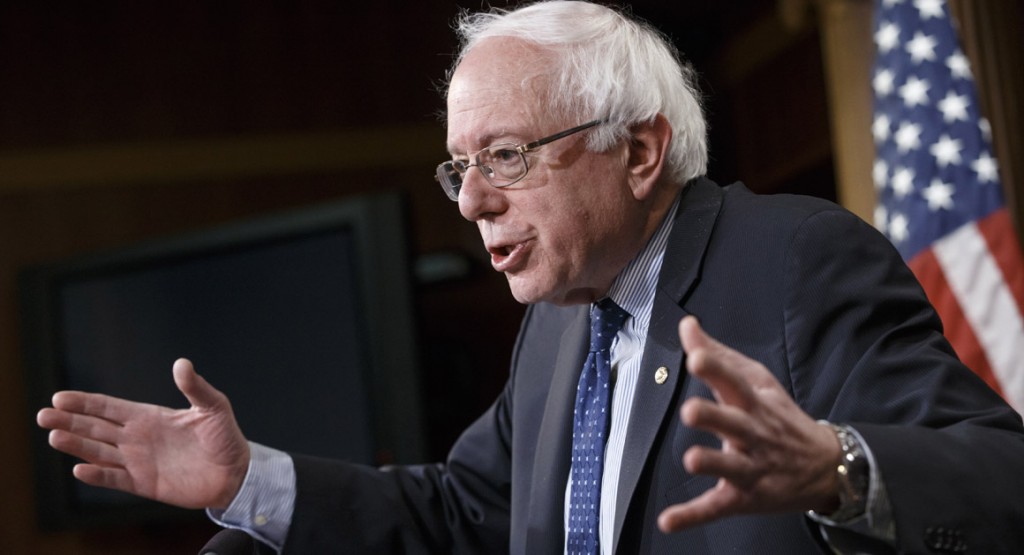 Congratulations, Sanders supporters. Your candidate had a great night. He swept all three state caucuses last night by huge margins, and has won five out of the last six contests. He’s closed the gap between himself and Clinton significantly for the first time. It was probably the single best night of his entire campaign. I’m sure many of you are even now busy typing up op-eds about his sudden momentum and how this changes the whole trajectory of the election.

It was probably also the last great night of Sander’s campaign. Between Tuesday and last night, the stars truly aligned to deliver a glut of big, dominating victories to the Sanders camp. All of the states he won this week, Utah, Idaho, Washington, Alaska, and Hawaii, were caucus states as opposed to primaries.

Caucuses are inherently less democratic than primaries. They require much larger time commitments, drive down voter turn out, and generally favor voter enthusiasm over the actual popular will of the general population or even party membership. There’s no doubt that Sanders supporters are more fired up and enthusiastic than Clinton’s, (but then again, so are Trump’s, so maybe don’t be too proud of it) so it shouldn’t come as much surprise that he over-performed in those states.

Further, with the exception of HI, all of the caucus states this week were overwhelmingly white. And with the exception of WA, they all had smaller, more rural populations than the nation as a whole. So far in the campaign, these have been among Sander’s strongest bases of support, (despite making some gains, Sanders continues to underperform among black and Latino voters) just as Clinton dominated in Southern states with larger and more ethnically diverse populations.

As a result, this week was almost tailor made for crushing Sanders victories.

Here’s the problem. That gravy train is over. Of the twenty-two Democratic contests that remain, only four of them are caucuses, including Puerto Rico which will be a very steep climb for Sanders for reasons we’ve already covered, and the much smaller caucuses for the Virgin Islands and Guam. The only caucus state left is Wyoming.

Additionally, he’s also running out of the sort of rural, white-rich states that have given him his biggest wins so far. Wyoming on April 9th is probably a lock for him, as well as the Montana and Dakota primaries later on, but that’s about it. And the trouble with rural states is they just don’t have very big populations, and therefore, not very many delegates to provide.

And even after winning five of the last six contests with some of the largest margins of victory he’s managed throughout the campaign, Sanders has only managed to cut into Clinton’s lead by about 15%. She still leads by around two hundred and seventy pledged delegates. We won’t even begin to talk about the Super Delegates.

Sanders needs delegates, and lots of them. The big prizes that remain, WI on April 5th, NY on the 19th, PA and MD on the 26th, and then CA and NJ on June 7th, are all primary states with much more diverse, urban populations than what he had lined up this week, (with the exception of maybe WA). Further,  Clinton is simply dominating in polling of NY, leading by 45+ points. Demographically and traditionally, NJ can be expected to vote very similarly to their northern neighbor. She’s up in PA by 25 points as well. And in MD, Clinton crushed in neighboring Virginia and is well liked by Dems in the D.C. metro area.

Of all the big ticket states remaining, Sanders has the best chance to nab the smallest, WI, although he trails even here in the most recent polling by 6 points (I know, it surprised me too).

If the demographic trends from the season so far hold, the rest of the schedule is going to be kind to Clinton, allowing her to significantly expand her lead once more and give her breathing room for the occasional unexpected loss or massive defeat in the remaining smaller and rural states.

The only real wildcard left is CA, which has far and away the most delegates at play. Clinton is currently up in CA by single digits, but her lead is far from insurmountable and could easily erode over the next two months and change. However, by the time the campaign reaches June, the odds are likely that Sanders will need the sort of crushing victory there he just had in Alaska or Idaho to close the gap.  Because of the Democrat’s proportional allocation of delegates, barring a complete meltdown of the Clinton campaign, that outcome is exceedingly unlikely. Small margin wins just won’t cut it.

Don’t get me wrong, none of this is intended to disparage Bernie Sanders as a candidate, or his message. Indeed, I think very highly of him and would have been only too glad to vote for him in the general had the situation been reversed. His campaign was historic, and I’m truly glad he ran as he did. I think his presence in the campaign has helped to finally slow, or perhaps even stop the thirty-year long rightward slide of the nation’s political conversation. He was an important counterweight that helped to balance out the dangerous reactionary excess of the GOP.

However, the math is what it is. And it isn’t pretty.

So, enjoy the weekend. You earned it. But the odds are Sanders is a dead man walking. Maybe more like “Weekend at Bernie’s II” when he was reanimated through voodoo magic, but still.

[Edit 2:30pm 3/27/16] It’s come to my attention that, after resolving some conflicting information, North Dakota is also holding a caucus instead of a primary. Still, considering Sanders was already expected to do well there, and the small number of delegates the state has to offer, the potential impact on the nomination is negligible.

Also, after giving some thought to Clinton’s single digit lead in Wisconsin, and the extraordinary efforts over the last several years on behalf of the Scott Walker administration to disenfranchise urban minority voters through Voter ID, reduced early and weekend voting hours, and new restrictions placed on voter registration, I think it’s actually slightly more likely than not that Sanders wins the state despite the polls on April 5th. But again, his margin of victory wouldn’t be large enough to make a meaningful impact on the delegate math in the long run if he does.