Sarah Palin is a Cancer 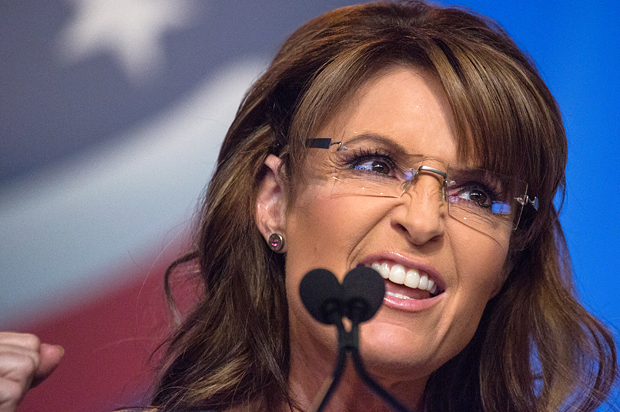 If you haven’t heard, Sarah Palin’s eldest son has been arrested on charges of domestic violence and possession of a firearm while intoxicated.

Mrs. Palin claims that her son’s behavior is directly related to PTSD resulting from his time fighting in Iraq. Her son may very well be suffering from PTSD linked to his tours of duty. I’m more than happy to take her at her word on that point. And if so, I sympathize with his struggle. I have several close friends who are either fighting that battle now, or have had to overcome it in the past. I would never trivialize or make fun of someone struggling with PTSD. Ever.

However, PTSD is not an excuse for domestic violence, especially involving a firearm. He should be getting help.

Of course, the help he requires, and the help tens of thousands of other service members in his position require, would be more accessible if someone stopped blocking VA funding and expansion every single time it came up for a vote.

That someone is undeniably the Republican party, to which Mrs. Palin belongs and, for some unfathomable reason, still retains a significant platform and influence within.

So, does she take this opportunity to use her voice to bring pressure to bear on the people within her party that are standing in the way of expanding mental health services for her son and fellow war-fighters like him?

Do we even have to ask at this point?

Of course not. Instead of actually tackling a problem, accepting some accountability, and recognizing the real-world consequences of her party’s policies, she twists this incident and shamelessly manipulates it into a opportunity to launch another broadside of baseless, bloviating, bullshit against the sitting CnC.

This is beyond spin, beyond propaganda. It is what happens when you strip a pandering opportunist down to nothing but their naked political ambition.

As always, there is no recognition of the downstream damage of their policies. The GOP’s war on vets has made her son into an unstable, violent young man facing the potential for jail time. Their war on women’s right to choose, comprehensive sex ed, and access to contraceptives has left her eldest daughter unwed with two children from different fathers. Her home state was burning through the summer, and thawing through the winter as a sacrifice on the altar of the Republican war on climate change science.

Her family is a shining advertisement for the corruption and abject failure of Republican policies.

So who does she blame? The only people trying to help her.