The ACA and the Future of American Healthcare 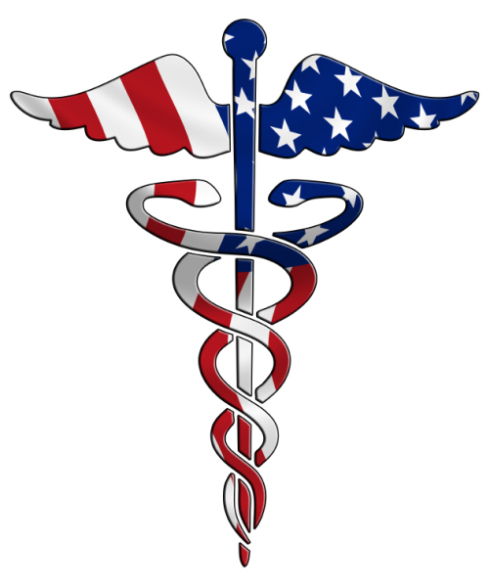 Most of you know me as either an author, comedian, or some unholy hybrid of the two. But what a lot of you may not know is that since 2002, I’ve been a licensed Life and Health agent. For the majority of that time, my focus has been on health insurance for the senior market, Medicare supplements, prescription drug plans, that sort of thing. I’ve spent more than a decade doing my best to match plans to my client’s needs and budget. I’ve worked for years learning all the ins and outs of our private, for-profit healthcare system, dealing with bottlenecks on both the insurance and provider side of the coin as I tried to be an effective advocate for my clients’ health.

It is from that experience that the rest of this blog post comes from. To all the so-called conservatives who have mindlessly oppose the Affordable Care Act for years.

You just don’t get it.

The ACA is, at its core, a thirty year old conservative proposal. Its roots date all the way back to Richard Nixon’s administration, who was the first to propose an employer mandate. It was expanded in the early 90’s by a conservative think tank known as the Heritage Foundation, which proposed the individual mandate as well as a penalty for nonparticipation and a low-income subsidy. It was embraced by Speaker of the House Newt Gingrich as an alternative to First Lady Hillary Clinton’s healthcare reform plan. And finally, a near carbon copy of it was signed into law in Massachusetts by Governor and future GOP Presidential candidate, Mitt Romney. This is the plan which in one form or another, conservatives had been clamoring after for more than three decades.

It is based on the free market, for-profit healthcare system of both insurance companies and healthcare providers. Indeed, it has empowered them both, swelling enrollment by millions and sending their profits soaring. There is nothing anti-capitalist about the ACA. It works in conjunction with the free-market healthcare system that has existed here since the beginning.

It is also the very last chance that system has to prove it can work.

On Monday, citizens of Colorado delivered over one hundred and fifty thousand signatures to place a referendum on the ballot to create a first-of-its-kind single-payer healthcare system that would encompass all citizens of the state. If passed, it would effectively end the private, for-profit model of healthcare in an entire U.S. state. And while it may seem radical now, so too did marijuana legalization, or same sex marriage a few short years ago (both of which have my full support). In the digital age, ideas like these don’t stay contained for long, and when they catch fire, there’s very little that can be done to slow their momentum.

I am a conservative. Which is why I support the ACA and want to see it succeed. Because I believe it is a reasonable compromise that curtails the worst abuses of the for-profit system, such as pre-existing condition exclusions and lifetime maximums, while encouraging people to take responsibility for addressing their own healthcare costs and stop passing costs off to everyone else through medical bankruptcy.

I worry about the expansion of government power into the private sector a single-payer system would represent. I worry about what would be an actual government take over of some 20% of the economy. And I worry about the impact it may have on competition, and therefore medical and pharmaceutical innovation in our country.

Which is why I have for so many years put my full weight behind what has always been the conservative alternative. The ACA is that alternative. And if you keep encouraging the lying, incompetent, arsonists within the ranks of the GOP to burn it down, you are the ones ushering in single-payer.

The longer you oppose it, the longer GOP statehouses try to deliberately sabotage it by refusing to set up state health insurance exchanges and refuse federal money for Medicaid expansion, the closer you bring days like this. Days when average, everyday Americans band together and demand what nearly every other industrialized, first-world nation on Earth already provides for their citizens; universal, single-payer healthcare.

Because make no mistake, the alternative the American people will accept a few years down the road will not be a return to the cruel, broken, corrupt system that existed before the ACA’s protections took effect. It will be something much more like what Colorado has just proposed.