Scott Walker: “God is Calling Me to Put a Democrat in the White House” 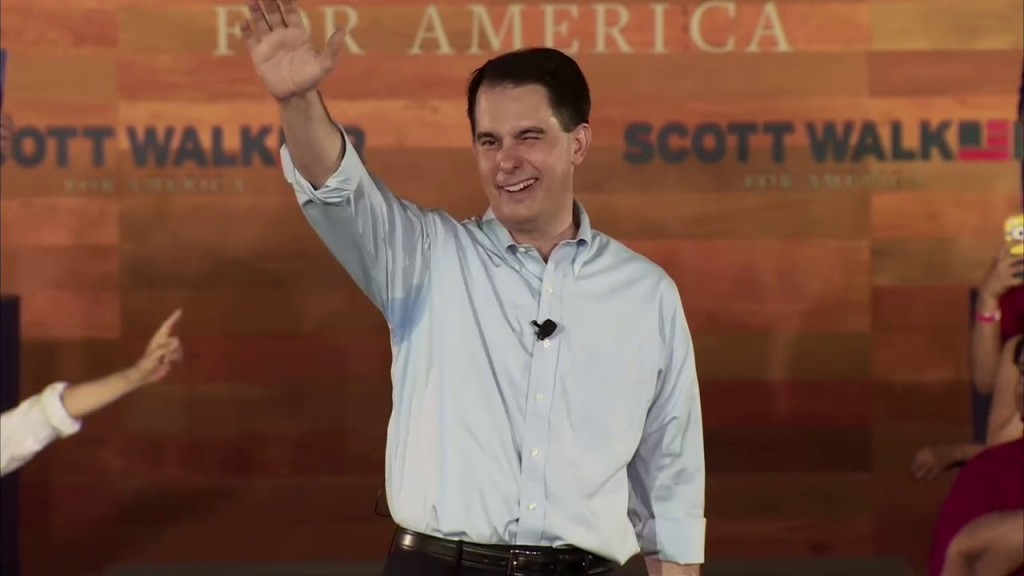 Yesterday afternoon, Wisconsin Governor and conservative icon Scott Walker launched his utterly doomed campaign for the Presidency of the United States. In a fundraising email sent out to supporters, Walker spoke at length about his Christian faith and how he came to decide to embark on the quixotic quest for the White House.

“My relationship with God drives every major decision in my life. Each day I pray and then take time to read from the Bible and from a devotional named Jesus Calling. God has a plan for everyone, and His plan for me is to run for President… and get absolutely hammered.”

Pointing to other candidates in the GOP field who were also drafted by God to be eviscerated by the eventual Democratic nominee, such as Mike Huckabee and perennial nitwit Rick Santorum, Walker’s spirits only rose:

“The Almighty has called upon many of His loyal servants to sacrifice their political futures this election season. It is my opinion that no one candidate really encapsulates all of the completely awful, regressive, and unnecessarily cruel policy proposals that are so important to our supporters. If the rest of the nation is going to be exposed to the full breadth of this toxic mix of anti-science, dehumanizing, sexist, indeed racist beliefs that permeate the rightwing of the polity, well, that’s just too much responsibility for one man to bear. You have to spread the load.

After months of prayer, I believe with all my heart that it is God’s intention to have my run go deep into the Republican primary season, exposing my unparalleled record of incompetence and corruption as Governor of Wisconsin to a national audience so the American people can see for themselves just what an absolute nightmare the country would experience if they adopted even a fraction of my economic proposals.

God willing, and with the dedication of my supporters, it is my great hope that I’ll go on to capture the nomination so that the American people can be absolutely horrified by my steadfast opposition to Same Sex Marriage, a woman’s right to body autonomy, history of gutting public education, and desire to rip out the Affordable Care Act by the roots without any viable plan to replace it, leaving millions without healthcare coverage.

I look forward to debating my Democratic rival on national television, where my numerous shortcomings as Governor of the now ruined state of Wisconsin can be exposed in exquisite detail. Yes, it will be personally humiliating, and will mean the end of my political career, but it’s God’s will. And I could no more ignore His calling than I could ignore the opportunity to strip public unions of collective bargaining rights,  pass right-to-work legislation after I promised not to, or double down on drug testing welfare and unemployment recipients even when it’s been a proven disaster in every state that’s implemented it.

In the end, it’s God’s plan to use me to make the choice the American people face next November as clear cut and unequivocal as possible, and I believe I am up to the challenge.”