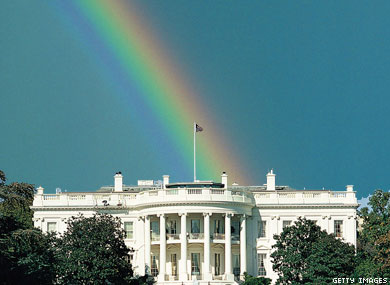 It’s been a rough week for assholes.

First, we all kinda realized that flying the flag of an enemy nation comprised of treasonous, slavery-defending jack wagons was a weird thing to be doing in 2015. Then the law which has already seen a thirty-five percent drop in the uninsured rate was upheld against a blatantly ridiculous legal challenge.

Then, the big guns came out today as the Supreme Court affirmed the basic human rights of all Americans to marry the consenting adult of their choice.

I should say now, I’m not a gay man, any more than I’m a black man, or someone with a preexisting condition that would prevent me from getting health insurance. I’m a straight white man who runs half marathons. I like my women smart, athletic, and sassy.

But I am a geek, and an atheist. And as a geek and an atheist in his mid-thirties who grew up in a rural, religious, conservative town, I do have some insight into what it feels like to be ostracized and alone. I remember vividly the feeling that my community didn’t care about me, rejected me, hated me.

And then I remember the moment when I moved away from Westfield, Wisconsin, to a larger community with new people who didn’t hold preconceived notions and biases about who I was. Who didn’t look at me with disdain. I started building a life there, friends, the beginnings of a family, and the dam burst in my heart.

All of the pain, all of the anguish, all of the isolation and rejection I’d grown up feeling melted away. I became a whole person for the first time. Strong, confident, and happy.

America just did the same for all of my gay and lesbian friends. America jus told them that they weren’t alone anymore. That they can build families, lives, and futures for themselves, no matter where they live, no matter who they love.

I’m crying as I write this, because I’ve never been prouder of this beautiful country I call home. I feel like we’ve turned a corner this week. We’re facing injustice and hate in a way I’ve never seen in my lifetime. It is glorious, and it’s just the beginning.