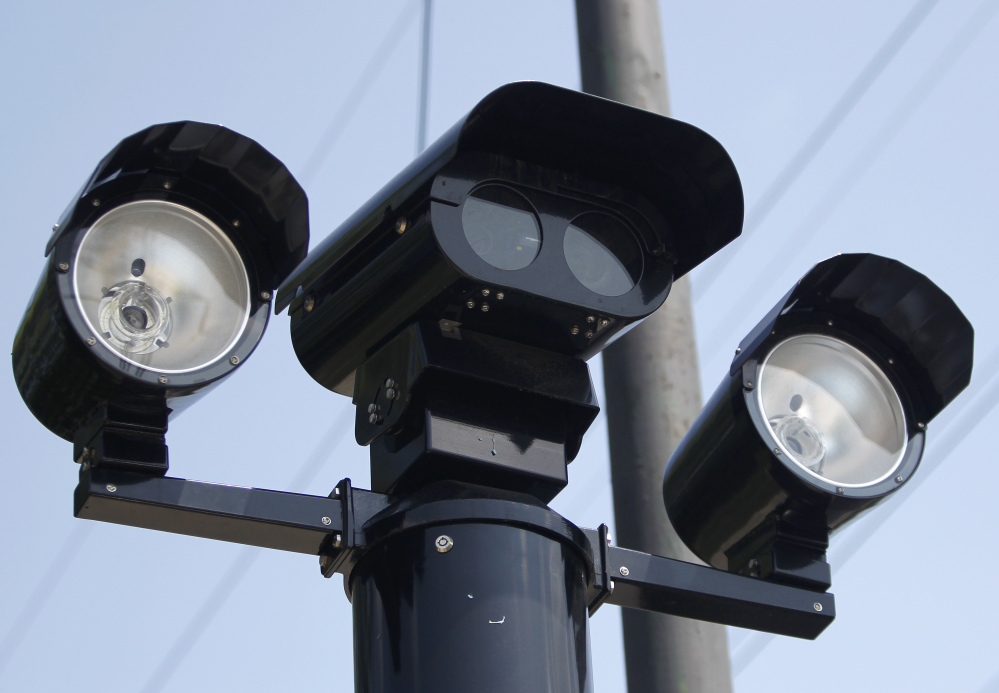 Chicago. Couple things. First, we love you, really. Your city is vibrant and beautiful. Your downtown is a jewel of the Midwest, and your arts, music, and comedy scenes are the envy of everyone not living in NYC or LA.

So it’s with that in mind that I’m disappointed to have to explain some very basic concepts to you in regards to your red-light cameras.

First of all, they’re an enormous waste of money. They’ve brought in so little of their projected revenue that it’s causing a budget shortfall, which will mean taxes either have to go up or services need to be cut. Not good politics there.

Second, study after study have proven that they do not increase public safety, and indeed have actually increased the number of accidents in the vicinity of the intersections they are mounted at.

Third, they are flagrantly unconstitutional. A picture of a car proves absolutely nothing. A vehicle is not capable of committing a crime. A car is not a sentient being able to weigh moral decisions. So ticketing a car is nonsense. What you need to do is ticket a driver. But, since your pictures do not include a driver, you have no proof of who was actually operating the car at the time of the alleged violation.

Without an officer present to verify the identity of the person you’re claiming has broken the law, you have exactly zero evidence that they have done what you’re accusing them of. Evidence is kind of a big deal when it comes to proving guilt. And as the accuser, the burden of proof falls on you. It goes along with a little principle we have here in the U.S. of innocent until proven guilty.

Further, we have another bedrock legal principle here in our great land guaranteed in our Constitution which pertains to this situation. All citizens have the right to face their accuser in court. So unless you’re going to rip down these cameras, imbue them with sentience and the power of speech, and put them up on the witness stand where attorneys for the defendants have the opportunity to perform a cross-examination, you’re failing on this count as well.

Multiple courts around the country, including in your neighbor to the north, have realized these very arguments and banned the use of red-light and speed cameras permanently, and it’s probably only a matter of time before the federal courts do the same.

So, in review, your red-light cameras  are utter failures as the revenue-generating machines they were sold to you as,  actually impair public safety, and are unconstitutional abridgements of our civil rights. I think it’s time to realize your mistake and back away slowly, and for everyone who has been fleeced by one of these mechanical highwaymen to tell you exactly where you can shove your tickets.