NASA Is Being Social 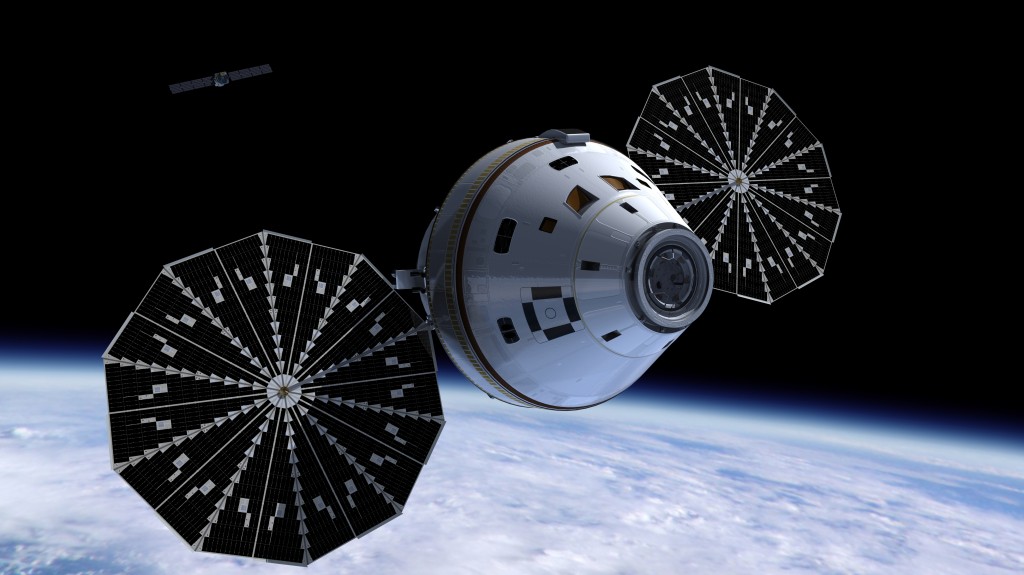 My favorite group of nerds on the entire planet are trying something new. The folks at NASA are running a contest to hand out press credentials to as many as 150 people active in social media. The full details of the contest can be seen here, but the short version is they’re giving dozens of twitter and Facebook addicts a behind-the-scenes look at the upcoming first launch of the Orion space module from on top of a big honkin’ Delta IV Heavy rocket.

If you’re unfamiliar, the Orion module is our replacement for the venerable Space Shuttle. But as beautiful as the Shuttle was, (and I know, I watched STS-116 take off from the bed of my buddy Erin Lantz’s pick-up truck while we were both drunk as skunks) it kept us tied to Low Earth Orbit for the last thirty years. With Orion, not only will we get our capability for manned space travel back and stop having to hitch rides from Putin, but for the first time since Apollo 17, we’ll once again be ready to start pushing back the horizon.

This module, coupled with the Space Launch System (which is batshit huge, btw), will be the system that moves us out past the Moon, to a rendezvous with an Earth crossing asteroid, and eventually onward to Mars. So while this first launch is an unmanned test run, it’s a BFD to space enthusiasts  and NASA cheerleaders like myself.

NASA has, without overselling the point, reinvented the world. Their list of accomplishments is so long and groundbreaking that I’m not even going to try and list the highlights here because the argument I’d have with myself over what deserves to be on the list has the potential to turn violent and I’ve only just gotten over a sports injury and started running again.

If there has been one critique I’ve had about NASA over the years, it’s that they have historically been simply terrible at touting their own success and contributions to the world, to the point that people are literally using satellite communications built and pioneered by NASA to write posts on social media to complain about the money our country “wastes” on the space budget. I have always believed that NASA should do more to employ smart, connected, and enthusiastic people to spread their message, trumpet their accomplishments, and popularize space exploration for a new generation.

So, it should come as no surprise to anybody that I’ve applied for one of these social media press badges. I am hopeful that between the knowledge I’ve gained as a sci-fi author, and my experience entertaining the public as a stand-up comedian, the fine folks at NASA will see the value in giving me a chance to cover this new chapter of our nation’s proud and unrivaled history in space. And if you think I’d be a good fit, please share this post through twitter and Facebook, and encourage your friends and followers to do the same.

If you’d like to see a couple of my more recent space-related posts, read these: