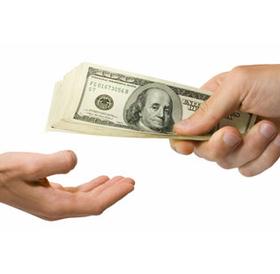 I keep hearing about how all these “entitled” people are stealing money from honest,  hard working folks and wrecking the economy.

And I agree completely. There are people who believe they’re entitled to money they haven’t earned for work they haven’t done. And that attitude is very damaging to our society as a whole.

For example, those CEO’s who feel entitled to bonuses in the tens of millions of dollars while the people below them haven’t had a raise in 30 years. The companies which feel entitled to pay their employees starvation wages and forcing them to rely on government assistance so they can collect record-shattering profits. The colleges that feel entitled to charging absurd tuitions that leave their students swimming in debt just as they are trying to get a start in life, while relying more and more on adjunct professors who they pay less than minimum wage.

Feelings of entitlement to the money other people have rightfully earned come from both ends of the economic ladder. It exists in Welfare Queens and Wall Street executives alike. But judging from the radical redistribution of wealth upwards, widening income inequality, and the shrinking middle class we’ve seen over the last 30 years, it should be obvious to any reasonable person which entitled group has been doing the majority of the damage to hard-working people and the American way of life.

The problem of entitlement will only be tackled head-on once everyone, on both sides of the class and political divide, moves past blaming the other side exclusively, recognizes the symptoms in their own group, and moves towards genuine reform that will see more of us keeping what we’ve actually earned.