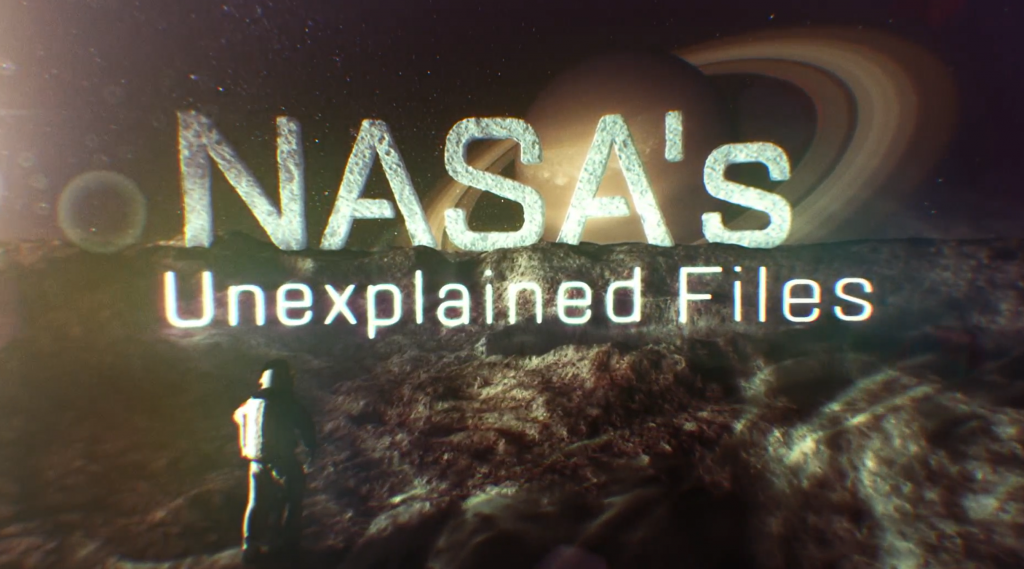 It’s here, fans and followers! Thursday night, I made my TV debut on NASA’s Unexplained Files. As you might expect, I… didn’t watch it live because I was in a theater with my wife for Avengers: Endgame. Because we have priorities. But first thing the next day, we hopped on the ol’ DVR and had a look. If you were similarly engaged, you can stream the episode here. 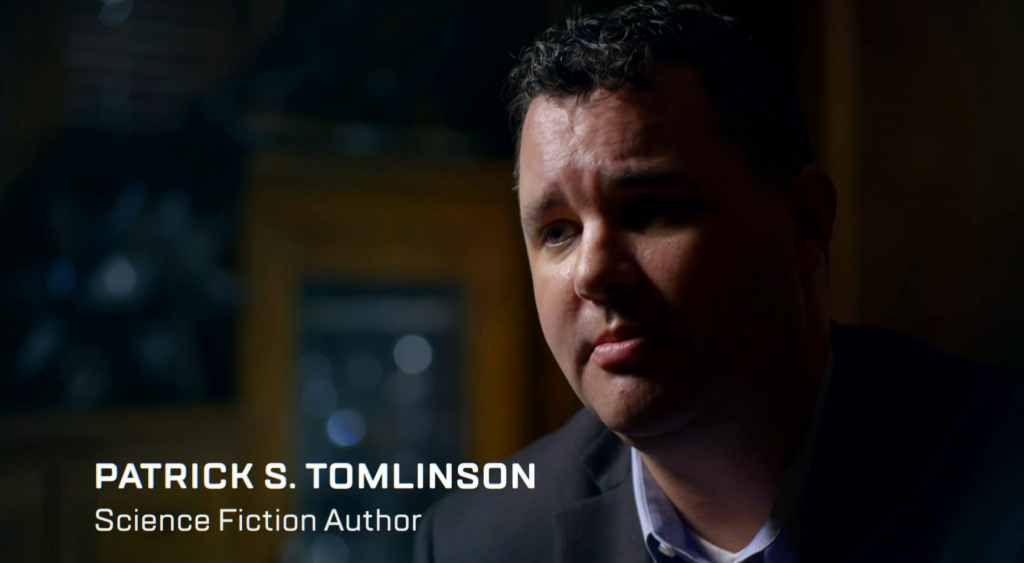 There I am. I was pleasantly surprised to see that I shared the episode with fellow Tor Books author, Hugo Award winner, and former VP of SFWA Mary Robinette Kowal. I’ve only had brief conversations with Mary at conventions over the years, but she’s always been lovely and you should definitely check out her books. Mary got to talk about sexy time in space and I’m a little jealous.

Anyway, on to my recap and behind-the-scenes talk. This week, the episode started out with a segment about the discovery of a rogue black hole and the potential threats such objects could pose to Earth, which, as you can imagine, are substantial. Before we continue, I should probably take a moment to define some terms. When it comes to black holes, there are two categories. Stellar-mass, and super-massive.

First are stellar-mass black holes, which begin their lives as cosmic horrors when the fusion engine at the heart of a star around five to ten times the mass of our sun runs out of hydrogen, runs out of helium, and burns its way through the periodic table until it gets to iron. That’s where nuclear fusion ends. The cast-iron skillet in your kitchen isn’t just good at bashing in zombie heads, it actually helped to murder an entire star.

When a star starts manufacturing iron, the end of its life is only seconds away. Fusing iron into heavier elements absorbs energy instead of releasing it, and the outflow of heat and pressure pushing back against the crush of gravity that had kept the star from falling in on itself for millions or billions of years comes to a sudden and violent end. If the star is big enough, flipping that switch means gravity pulls everything inward with such intensity that not even the strong nuclear force that maintains the nucleus of atoms can hold it back, and everything falls beyond the event horizon, the point at which gravity bends spacetime so intensely that not even light can break free.

That’s how stellar-mass black holes are created. It’s the inevitable end of the life-cycle of large stars. But again, that’s only one class of black holes. There’s another, and it’s even stranger. 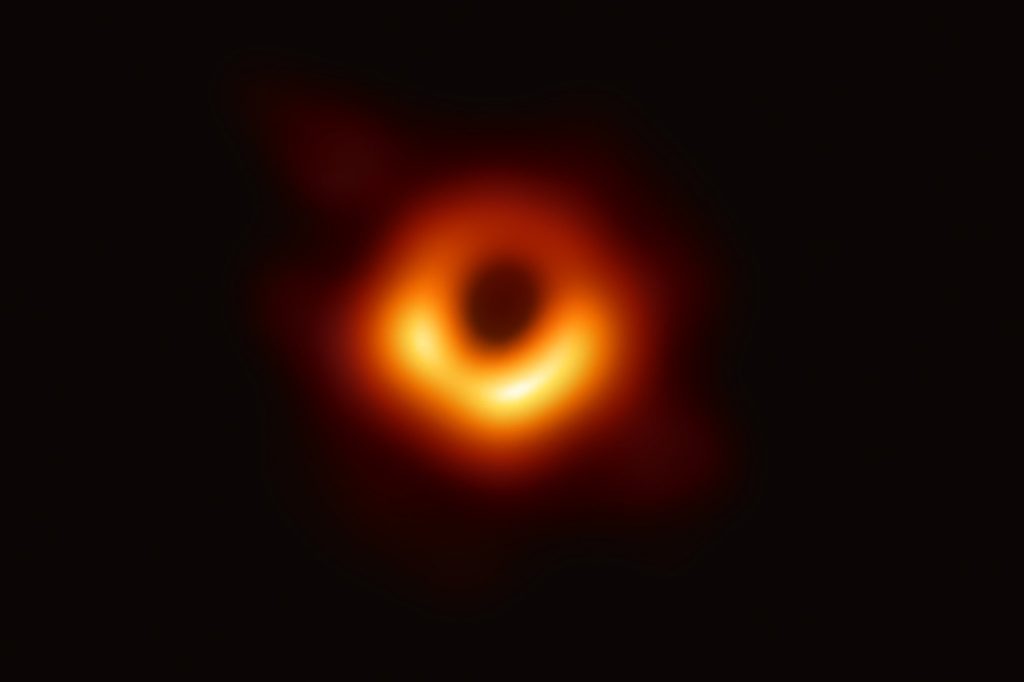 There she is. What a beauty. That Eye-Of-Sauron-lookin’ ring weighs 2.4 billion Earth suns, with a “B.” This class of black holes is so massive that they are proportionally tied to the size of their galaxies in a way we still don’t understand.

But even more inexplicable is the fact there are no black holes that mass between these extremes. As far as we can tell, there are no black holes, anywhere, that are a few hundreds of thousands of times bigger than the sun. It’s either a few dozens times larger, or billions of times larger. We’ve run the numbers, and it doesn’t seem possible that enough time has passed since the birth of our universe for any stellar-mass black hole to have swallowed enough material to grow to the proportions of a super-massive black hole. Which means the way the two classes form is fundamentally different. We still don’t know how.

Which brings us round circle to the idea of “rogue” black holes. Untethered wanderers, rogue black holes as described in the episode are entirely possible, right up to the claim that they could be moving invisibly through the galaxy at five million miles an hour. These would be on the small, merely stellar-mass side of black holes. Super-massives are exclusively gravitationally bound to the centers of entire galaxies, but from that lair, they can fling any of their smaller brethren which fly too close like ping pong balls. This is known as a “gravitational assist” among JPL rocket scientists, dating back to the Voyager missions that explored the outer planets of our solar system for the first time. But instead of Voyager II stealing orbital momentum from Jupiter for a small boost towards Saturn and beyond, this is one giant black hole stealing energy from a cataclysmically gargantuan black hole, sending the former out into the rest of the galaxy like a cannonball.

The trouble with this from our perspective on Earth is, as alluded to in the episode, spotting that rogue black hole careening through the galaxy is almost impossible. The only reason we were able to directly image the black hole in M87 was because it was in an active phase, meaning it was consuming large quantities of matter from the surrounding space, most of which became too hot and volatile for the black hole to swallow before it crossed the event horizon, instead converting that energy into heating the surrounding accretion disk and into a pair of magnetically-constricted jets of impossibly-charge particles shot out at its poles.

That we can see, because matter is falling into it and being converted into an immense amount of energy like a lighthouse. But an inactive black hole… that’s literally invisible. The only way to spot an inactive black hole is to detect the gravitational lensing effect it has on the stars behind, relative to our perspective on Earth.

In a worst-case scenario, which, let’s be honest, is what the show plays up for dramatic effect, would mean Earth might have only weeks or days of warning before the end. But what does the end look like? 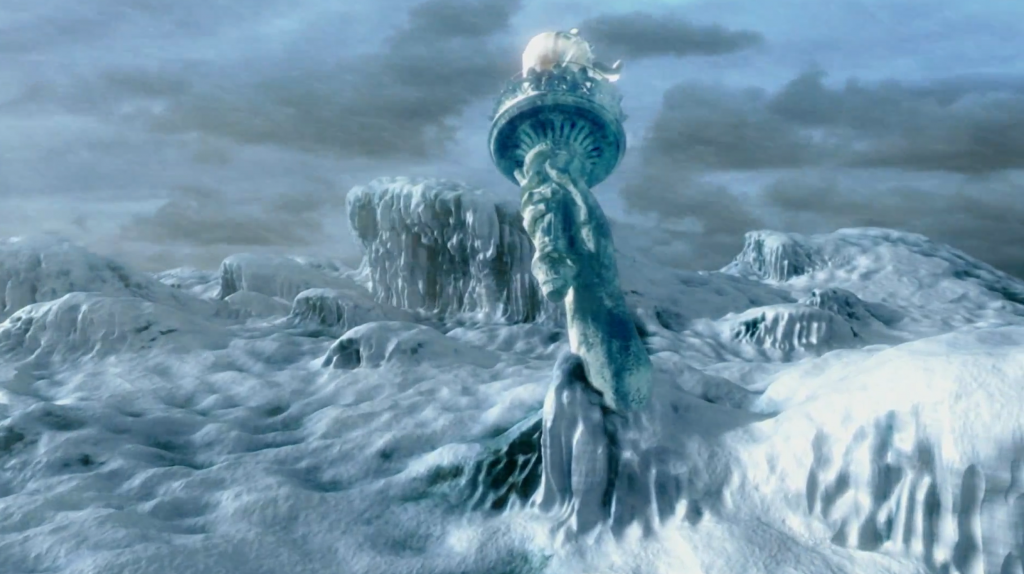 Eagle-eyed fans will remember this was the foundation of my debut novel, THE ARK, where a rogue black hole named Nibiru showed up with only 80 years warning. Well, there’s only two outcomes to a rogue black hole sauntering through our solar system. The first is Earth gets swallowed in hellfire, and the story pretty much ends there so there’s no good reason to explore that outcome further, because there really isn’t one. Falling into a black hole is the game, folks. Do not pass go. Do not collect $200.

However, there is a second, and more thematically interesting possibility. In the process of devouring our sun, the gravitational interactions between the two bodies actually ejects planet Earth from the solar system, granting a temporary respite from a fiery death, but condemning the planet to a slower, colder fate.

Without light and heat from the sun, winter is here, forever. The temperature quickly drops below freezing on the surface, rain is replaced with blankets of snow, lakes and rivers freeze over, and the polar ice caps begin growing. it takes quite a while longer for the oceans to freeze simply because of their immense thermal momentum, and because a surface ice layer acts as surprisingly effective insulation. Certain areas of the deep ocean may never fully freeze as volcanically fed hot thermal vents keep pockets of water warm enough to remain liquid.

Once the surface of the oceans have frozen over, the return of a snowball Earth triggers the next, even more destructive phase of the death of Earth. Once the atmosphere reaches -297 degrees F, oxygen precipitates out of the air as rain, followed by nitrogen at -320. Frozen oceans become coated with a thin layer of liquid atmosphere, until this too freezes solid. Now, the Earth’s surface is truly dead. 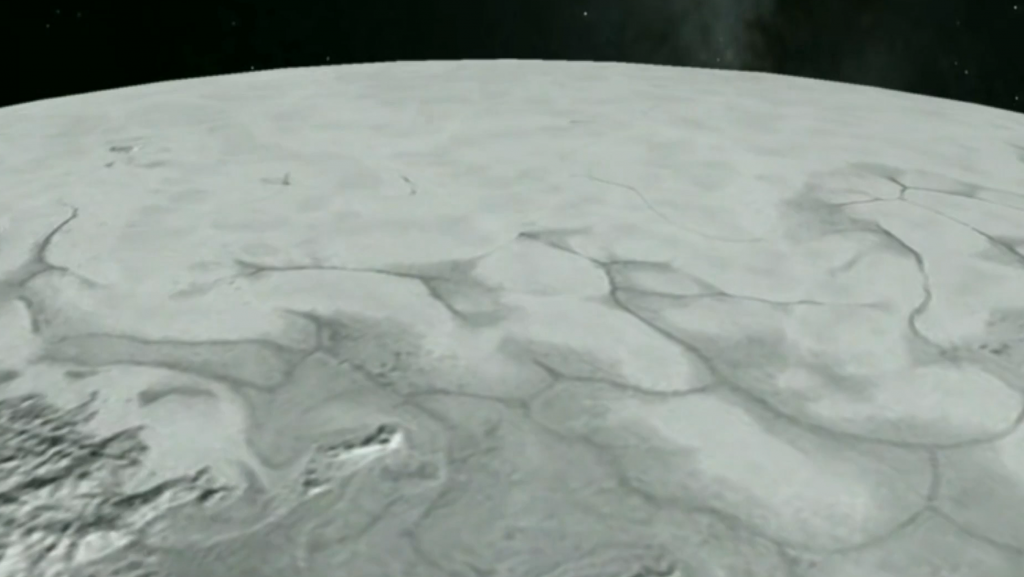 However, that’s not the end of the story. Deep below the surface, insulated from the frigid vacuum above, heat from the planet’s molten core will continue to radiate upwards for billions upon billions of years. Here is where humanity could make its last stand, provided we have enough warning to make the needed preparations.

As unbelievable as it may sound, digging out massive caverns to fill with farms, factories, and cities is already being explored for colonies on the Moon and Mars. In both of those cases, the prime candidate sites for colonization are old lava tubes which provide natural caverns. Being underground has several big advantages. First, the rock acts as a natural pressure vessel to contain atmosphere. Second, a few yards of rock makes an impenetrable barrier against solar and cosmic radiation that would otherwise scramble our DNA. Dig deep enough, and the ambient heat of the planet’s interior will keep the colony at a constant, comfortable temperature without the need for wasting energy on heating or cooling. 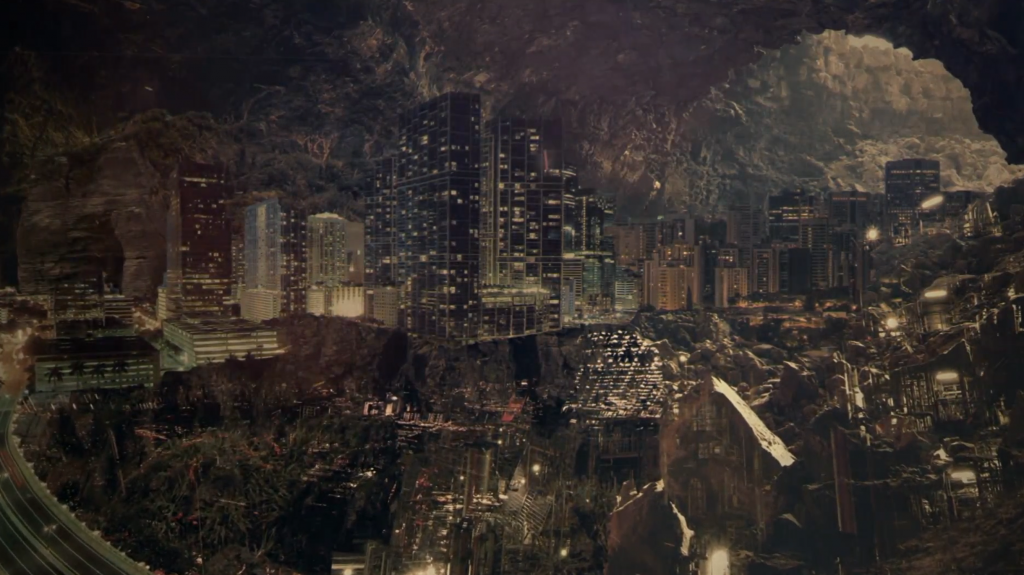 Even in frozen death, mother Earth could still provide everything a subterranean civilization needs to survive. Oxygen and nitrogen ice could be harvested from the surface by teams of space-suited miners and brought back down to provide atmosphere for the colony. Absent wind and solar power, electricity could be generated via nuclear and geothermal processes. Food could be grown in vast hydroponic and aeroponic farms sprinkled among residential towers. With no environment to preserve, waste could simply be ejected onto the surface and forgotten. The population would necessarily be small, and growth tightly constrained. Life would be heavily regimented, with food, water, and oxygen rationing an integral part of daily life, much like living on a generation ship with defined, finite resources to go around. But life would endure.

Civilization could theoretically continue in this way indefinitely as the Earth made its lonely voyage across the void, waiting for a random chance encounter with a new star to call home. Should that happen, we might have one last chance at redemption. If through this whole process, the Earth and the moon managed to remain gravitationally bound to each other, like a flyaway astronaut throwing a wrench to change their trajectory, we could use engines, or lasers, or explosives to eject the moon and slingshot ourselves into a stable orbit around the new star.

Bathed in light and heat once more, the atmosphere would melt and boil into the sky, the oceans would thaw, and Earth’s surface could begin the long, laborious process of blooming once more.

Anyway, I’m not on this week’s episode, but will be returning after the break for three in a row on May 16th, 23rd, and 30th. Make sure to tune in and be ready for the next behind-the-scenes post.