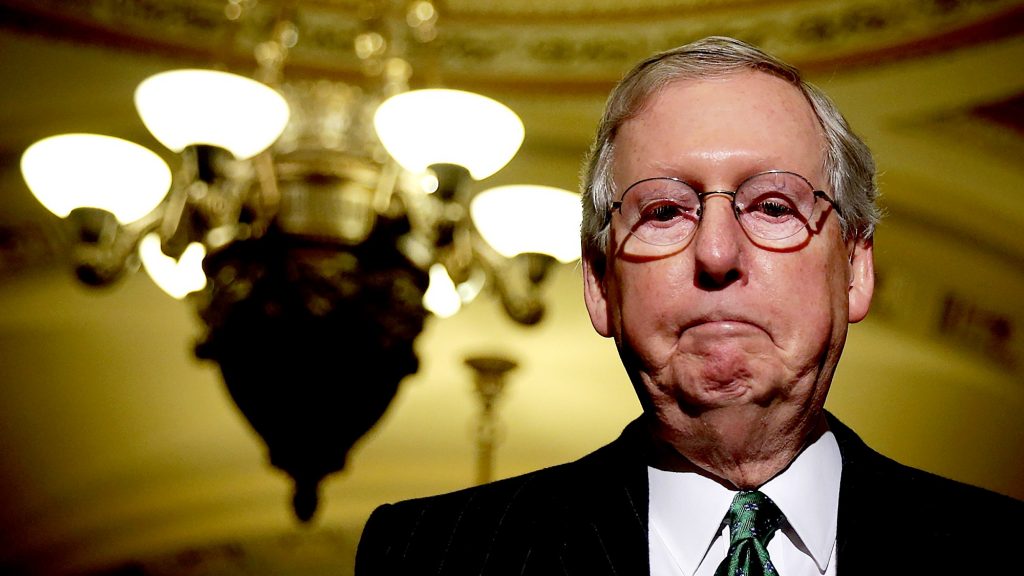 It was one hell of a weekend in America. Thirty months after the Republican National Convention, when it became an inescapable truth among serious, informed people that Donald Trump was acting on behalf of the Russian Federation in exchange for assistance in a criminal and treasonous conspiracy to steal the Presidency, a pair of stories in the New York Times and Washington Post have belatedly, finally, shifted the national zeitgeist.

In the wake of the revelation that the FBI opened a historically unprecedented counterintelligence investigation into Trump following his firing of James Comey and bragging about it to Russian Ambassador Kislyak in the Oval Office of all places, and the reporting that he destroyed notes and swore his interpreter to secrecy about the contents of several private meetings with Vladimir Putin, the press and our pundit class has finally caught on and started referring to Trump as what he is; a Russian agent.

This is, to put it mildly, earth-shattering. It is a political, national security, and criminal scandal without equal in our nation’s history. Perhaps world history. Indeed, I struggle to come up with a traitor to their nation and its principles of greater magnitude than Donald Trump anywhere in recorded history.

Oh wait, I just thought of one. More on that in a minute.

In one sense, it’s impossible for Donald Trump to be a traitor to the US, because to betray something you first must hold a loyalty to it. Trump has never held loyalty to anything or anyone but himself. He has been a self-aggrandizing thief for his entire life, stealing from his investors, tenants, lenders, contractors, and even his own father. Trump cares about America the same way a pirate cares about a Spanish galleon riding low in the water, laden with silver and gold. His run for President was just the ultimate expression of his blind greed, egomania, and psychological pathology. He literally couldn’t help himself.

So Trump can’t really be a traitor, because he has no loyalties to betray. Nor does he poses any adult concept of morality that would allow him to separate right from wrong. He doesn’t know any better. But there are many men (yes, almost exclusively men) who had professed loyalty to the United States, had taken public oaths of office or military service to defend her, who saw this diseased, broken man as their ticket to power.

It’s those men who can be rightfully called traitors. Men like Michael Flynn and John Kelly. But even among them, there’s one who, ultimately, will be held accountable by historians for Donald Trump’s theft of the most powerful office in the world.

It was the Kentucky Terrapin McConnell who, against all precedent and his Constitutional duty, denied Merrick Garland a hearing and floor vote to become a Supreme Court Justice for nearly a year, simply to deny duly-elected President Barrack Obama another seat on the court. But that pales in comparison to what was on the horizon.

In the early fall of 2016, it was apparent that Russian intel was using active measures on social media and emails stolen from the DNC to influence our election in favor of Trump and against Hillary Clinton. When this conclusion became inescapable, President Obama approached McConnell and asked him to join in a bipartisan statement rejecting Russia’s interference.

Not only did McConnell refuse to participate, but he actively threatened Obama against making any sort of public disclosures about what our intel community had learned of Russia’s attack on our election weeks before the earliest votes were to be cast.

Then, after that horrible day in November when Putin exercised his will on our democracy, there was still one more chance for our nation to right its course and turn back from the brink. Two weeks before then, the seventeen agencies which make up our intelligence community had all signed off on a memo that Russia was actively thumbing the scales in our election. Russia’s involvement was known. Trump’s complacency was obvious. There was a push in Congress and nationally to give members of the Electoral College a classified briefing on what was known at that time so they could make an informed decision when casting the only votes that actually mattered in the election.

Whereas Donald Trump has always been nothing more than a howling, narcissistic vacuum desperate for anything to fill the existential void where his soul should be, McConnell has sworn multiple oaths to his country over the course of many decades, starting with his short stint as a Private in the Army Reserve during the Vietnam War before being honorably discharged for being blind af, and under pressure from his father, but whatever. Since then, he’s been sworn in as an assistant attorney general, a judge, a Senator, Senate Majority Whip, Senate Minority leader, and now Senate Majority Leader.

Unlike Asset-Come-Lately Donald Trump, McConnell has taken an oath of service or office to the people of the United States more than half a dozen times. His entire adult life has been, supposedly, spent in public service to the American people. He understands the gravity of his responsibilities to his country in a way Trump’s limited mental faculties are simply incapable of. And yet he chose to fast-track and validate Russia’s attack on our democracy, ensuring the success of Putin’s operation in a way no other supposed American was in a position to.

And even after last weekend’s revelations, Mitch continues to support and extend Trump’s government shutdown, now entering its fourth week, the longest in the history of our nation. Exactly the chaos and division Putin wants among our electorate heading into the 2020 election cycle.

Trump is a clown. Mitch McConnell is the real traitor.