Novels vs Screenplays: What I’ve Learned (So Far) 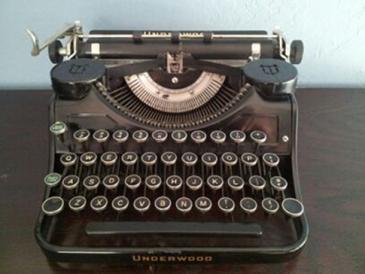 So I’ve been doing this professional writer thing for three years now (which I can hardly believe myself, incidentally). In that time, I’ve published four books and written two more. In addition to books, I’ve also authored several dozen op-eds for a variety of publications, including The Hill, US News, and the New York Times. All this in addition to my blog posts and the twitter addiction I was only recently, forcibly cured of. But it’s the latest endeavor that has me the most excited about my professional future, and what I’d like to share about today.

Over the last fifteen months, I’ve taken up writing screenplays as a sort of palate cleanser between novel projects. It began just about as randomly as my novel writing career when a comedian friend who’d come up through the Milwaukee scene with me but had since move out to LA frantically PMed me looking for a sci-fi script for an upcoming project he’d gotten a tip-off about.

“You write sci-fi books. Close enough,” was the reply.

Friends, I’m here to tell you after a bruising four months of cramming an adaptation of my 98,000 word debut, THE ARK, into a 25,000 word screenplay, it was not “Close enough.”

Let’s get one thing out of the way up front. Screenplay writing is its own discipline, in every sense of the word. It only vaguely resembles writing a novel in the most essential storytelling aspects of plotting, characterization, and world-building. But the tools you have available, and the confines under which you operate, are entirely different.

First of all, screenplay formatting is archaic, arbitrary, and almost completely impenetrable to someone without education or experience in the medium. I foolishly tried to write my first in MS Word, thinking I’d just adapt, an endeavor that lasted all of one and a half pages before I said “Fuck this” and switched to online screenwriting software. Currently, I use Celtx, a free service with premium subscription upgrades. It saves projects in the cloud and allows multiple people to remotely collaborate, which was enormously helpful because no software can perfectly format a script. Even after cowriting three of these things, my writing partner still has to sweep up after me. Celtx, it should be noted, is considered an entry-level program. The industry standard is a service called Final Draft. It’s a premium service, which has kept me away from it up to this point, but I’ll probably bite the bullet and subscribe soon.

The next eye-opening difference between screenplays and novels is the length. As a rule of thumb, one page of a script equals one minute of film. Now math that out and realize that means an average film script for a two-hour movie is going to be no more than 120 pages long. There’s real reasons for this limitation, too. Unlike books which can be of nearly any length without much impact on their production costs, every minute of length added to a movie adds hundred of thousands or millions of dollars to the budget. Cameramen, grips, sound people, set-builders, they all get paid by the hour. Further, the longer a movie is, the fewer showings theaters can pack into a day and the fewer opportunities for ticket sales. Any one who doesn’t already have a billion dollars in box office receipts turning in a three hour run time script is very likely to get laughed out of the pitch meeting. But it gets worse for writers used to having unlimited space. Instead of averaging 300-400 words per printed page, a screenplay page averages around 250. So, far fewer pages, and far fewer words per page.

But it’s not all bad news. The nature of screenplays lend themselves to brevity. However, this comes at the expense of how your story gets told. There are very seldom internal character monologues in film scripts, or omniscient narration to fill in the blanks of a character’s thoughts and motivations, or to flesh out the world with all the little historical details that give a setting flavor. Instead, the only brushes you have to paint with are character dialogue and visuals. That’s it. For me who’d growing into writing through novels, it was very challenging to lose all the rest of the avenues I was used to taking readers down, especially when trying, in this case, to tell the same story.

These restrictions inherent to the screenwriting process meant some of my favorite scenes, subplots, and even entire characters from THE ARK ended up on the cutting room floor, and I’m the author! It was a very difficult process adapting the story to such a short length. So much so that I’m hesitant to repeat it with a full-length novel in the future. After this experience, I’m going to be very understanding of the necessary differences and sacrifices between my favorite books and the movies based on them. I’d much rather do adaptations of shorter works, such as Arrival, which was originally a wonderful novella called Stories of Your Life by Ted Chiang that fit very well into movie length.

Still, I’m proud of the screenplay version of THE ARK we finally hammered into place, and believe it or not, we actually optioned the damned thing. It’s being kicked around one of the major studios right now, and while it’s still a long shot for getting funded, it’s a near miracle to have gotten this far in the first place.

Nor is any of the above meant to scare other novelists off from trying your hands at a screenplay. Quiet the opposite, I would actively encourage you to do so. As a writing exercise, it was incredibly instructive. Being limited to telling a story with only dialogue and visuals made me focus on squeezing the maximum possible return on investment out of every word. It’s teaching me how to say more with less, a skill that was of immense value when I returned to the next novel project. It’s sped up my pacing and made scenes more dense and vivid. My character dialogue has improved, becoming more natural. The conservation of words I’ve been forced to practice while writing screenplays has made my books since flow better and the characters sizzle. You’ll see when the first of them, STARSHIP REPO, hits in May.

And repetition has made the process far less arduous. Since that first script, we’ve written two more, each of them original concepts unconnected to any existing IP. Now that I’m not being forced to kill my darlings, it’s a much more enjoyable experience, even freeing. Our second script got written in just seventeen days, and also found an option. Not bad for two and a half weeks of work, especially if it gets funded.

All things considered, I’d tell every author I know to try their hand at writing a screenplay, if only once. It will make you a better writer across all the other mediums you might work in. But beware this final observation about the difference between the two. It’s a subjective, emotional thing. When you finish writing a book, even if it never gets published, it’s still a book. Even if it never leaves your hard drive, it’s a book, complete and whole, and you can carry forward with that accomplishment. But with a screenplay, once you’ve finished, you’re left with an outline of a movie. It exists in potentia only. The way you react to that will vary with the writer, and may even vary within a writer. Sometimes, it feels unfinished, and less emotionally fulfilling. Other times, it feel exciting, like a lotto ticket that’s already hit the first three numbers. How you choose to look at it is up to you.

I choose to be excited about the first three, and to start writing number four.

As always, if you like what I’m doing here, share it far and wide, subscribe for email alerts at the blue box up top, and please consider buying my TOTES GUARANTEED TO BE A MAJOR MOTION PICTURE debut, THE ARK.