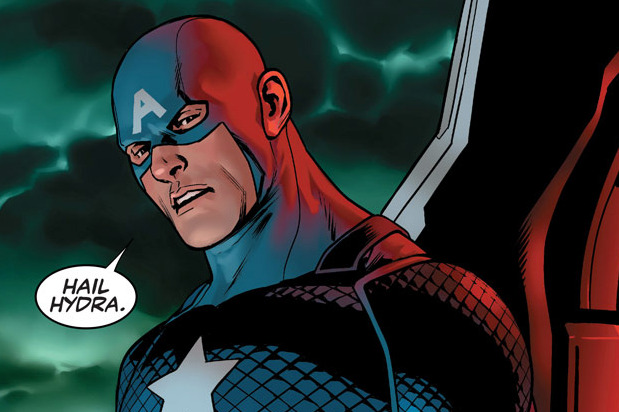 Just a few hours ago, Star Wars author Chuck Wendig was fired by Marvel comics from their upcoming Shadows of Vader five issue series after he’d already written the first three. The reason given, according to Chuck’s twitter thread about it, was the “negativity and vulgarity” his social media presence brings out, particularly his twitter.

Notice what’s missing there. Not that anything Chuck has said was negative or vulgar, but that it brings out vulgarity. So now, it’s Marvel’s official position that if you’re on the receiving end of vulgar troll attacks, you’re unemployable.

This is, not to put too fine a point on it, abject cowardice on Marvel’s part.

For those of you who don’t know Chuck and his history, he’s been writing for Lucasfilm and Star Wars since 2016’s Star Wars: Aftermath, and has since gone on to complete that trilogy, as well as write the comic adaptations of The Last Jedi, and Hyperion for Marvel’s Star Wars line. In Aftermath, Chuck took the bold step of incorporating the fist canonical gay character in the Star Wars universe. This made a lot of rightwing homophobes very angry, and we were off to the races.

Literally minutes after the midnight release of Aftermath, Chuck became the target of exactly the sort of targeted online harassment organized by alt-right trolls who’ve been hounding me for the last month. They conspired to flood the book’s Amazon page with faked 1 Star reviews to tank its rating and sabotage its sales potential. They mobbed him on Twitter, Reddit, and YouTube with homophobic slurs, doxxing, death threats, everything out of the incel troll playbook that I’ve experienced, except in his case it’s gone on for years and at a much higher volume to match his larger public profile.

And like me, they’ve targeted Chuck for false mass reporting attacks trying to get his 150k follower verified Twitter account permanently suspended by lying about his tweets and their intentions. And they weren’t entirely without success there, either, as Chuck was suspended for five hours this week without Twitter even explaining why they were doing it.

I seriously don’t know how Chuck keeps on top of the amount of bullshit that’s shoveled onto him, but he’s been managing it for more than two and a half years now without sacrificing the quality or volume of his creative output. Which is why it’s so utterly depressing to see Marvel, yet again, caving to pressure from the rightwing manufactured-outrage machine, just as they did three months ago when they fired James Gunn from directing Guardians of the Galaxy III after jackboot-licking, Waffen SS washout Mike Cernovich lead a bad-faith campaign to dig up ten-year-old pedo jokes which Gunn had already apologized for long before he directed the first damned Guardians movie, not because he wanted to protect children, but just to troll and get a “win” against progressives in Hollywood. An egregious mistake they still have not corrected.

And yes, I know Marvel Studios is a separate entity from the Marvel comics imprint, but they’re all under the same umbrella and what one division does impacts the public image of the other. For many years now, Marvel both on screen and in print has been trying to position itself publicly as the place for inclusivity in comics, both in the characters shown, and in the people writing them. Beloved characters like Thor being taken over by Jane Foster, Falcon taking up Captain America’s shield, or Iceman coming out as gay have all told readers that diversity is the word of the day at Marvel.

But on multiple occasions now, when presented with real-world examples of heroes standing up to the forces of intolerance, bigotry, and fascism, Marvel has blinked and capitulated to the very people their storylines have been telling readers to oppose since the earliest days of the X-Men.

And what’s worse, especially in the case of Star Wars “fandom,” is now we know objectively that much if not most of the baying of the rightwing noise factory over the recent direction of Star Wars IS COMPLETELY FAKE. Yes, really, recent investigations into the negative backlash over The Last Jedi have concluded that half or more of the social media accounts posting and tweeting vitriol and hate for Episode VIII were in fact Russian bots or paid trolls working to further divide American society along right vs left fault-lines in their quest to sew discord and influence our elections. And if you think that sounds far-fetched, you haven’t been paying attention and really need to read this piece by Molly McKew about the straight line connection between GamerGate and the Brett Kavanaugh confirmation fight.

And believe me, that effort didn’t start with TLJ. It was there in the boycotts against The Force Awakens, and it was present in the 34% of 1 Star reviews against Chuck’s SW book, Aftermath, and all of the little jackholes who have been polluting his platform ever since, culminating in his firing today.

I should say, for full disclosure, I have no personal reasons to defend Chuck Wendig. He and I are not friends per se. I’ve met him briefly maybe three times at various conventions, and I think I said something boneheaded to him at San Antonio WorldCon because I was a newbie author trying to be too familiar with a bigshot. Politically, there are a lot of things Chuck and I disagree on, in some cases pretty strongly.

But we agree 100% on trolls and Nazis. And for not the first time, Marvel done him dirty to placate exactly the wrong kinds of people. People toxifying social media and working in secret with a nebulous and hostile foreign organization to poison our culture and usurp our democracy.