Hillary Clinton is in Bed With China 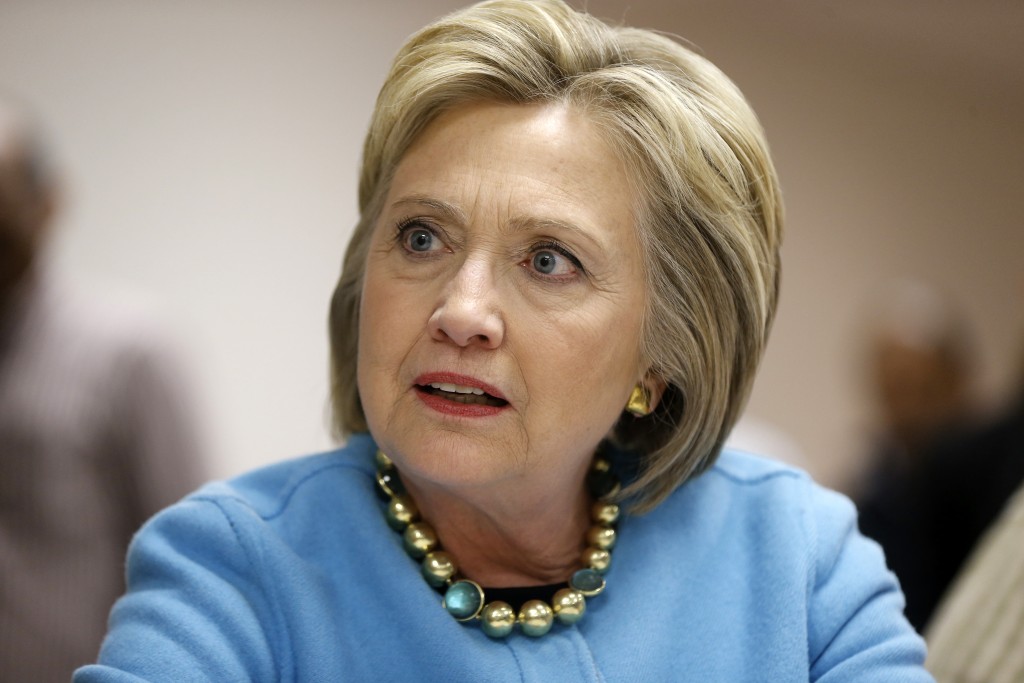 Let’s run a thought experiment. It’s July, 2016. For the first time in months, Hillary Clinton has announced a press conference. During the Q&A portion, she comes out swinging and, to the shock of everyone, pleads with China to hack into her opponent, Donald Trump’s email system and release that information to the world.

People on the right correctly point out that a Presidential candidate publicly soliciting the assistance of a rival foreign government to pursue a campaign of cyber espionage against an American citizen and political rival is, you know, treasonous, but Clinton’s party and supporters shrug it off as “a joke,” and the campaign grinds on as if nothing happened.

Meanwhile, agencies from the CIA, NSA, DHS, and FBI have all covertly begun investigations into “alarmingly frequent” communications between high-level Clinton campaign staffers and officials within Chinese Intelligence. Chelsey Clinton makes statements about her family’s vast business interests in China, and that money is “flowing in” from Chinese sources. John Podesta, Clinton’s campaign chairman, is suddenly forced to resign when it comes to light that he broke multiple lobbying and ethics rules by working in close conjunction with the Guomindang, the pro-unification political party in Taiwan.

In August, a dossier compiled by a respected former MI5 agent who had originally been hired by a pro-democrat Super-PAC to conduct opposition research is forwarded to the FBI. Within it are accusations that Chinese Intelligence has spent the last five years attempting to cultivate Sec Clinton as a state asset, offering her sweetheart business deals and collecting blackmail material on her, including phone call recordings and several salacious videos of a sexual nature captured while the Secretary stayed in Beijing hotels.

Then, a report comes out that all seventeen of our domestic intelligence agencies, both military and civilian, have come to the consensus that China has been engaging in state-sponsored cyber-attacks against the RNC and the Trump campaign with the intention of casting doubt on the integrity of the U.S. elections and perhaps aiding Clinton’s chances.

For her part, Sec Clinton responds to this by claiming that nobody knows who’s behind the attacks, that it could be China, or Russia, or some four-hundred-pound guy in a New Jersey basement, that her grandchild is “Really good with the cyber” and calling into question the competence and integrity of the entire U.S. intelligence community. When cornered in a live debate on her position and accused of collusion with the Chinese, she just mindlessly repeats, “You’re the puppet. You’re the puppet.”

Throughout this increasingly bizarre campaign season, Clinton repeatedly and publicly heaps praise on Chinese President Xi Jinping for his hardnosed style of leadership, including his active suppressions of the free press and jailing/assassination of political rivals. She manages to convince the DNC to change the party’s official geopolitical platform to include allowing China to absorb Taiwan and support their territorial claims on any number of contested island chains throughout the South China Sea, islands and sea lanes claimed by U.S. allies such as Japan, South Korea, and Vietnam. She further threatens to those same allies that the U.S. might choose not to honor our numerous mutual-defense pacts should violence erupt between them and mainland China unless they agree to significantly increase their defense spending.

Jump ahead to nine days before the election. The democratic director of the FBI violates department policy and quite possibly the Hatch Act to send an explosive letter to his allies in Congress claiming without a scrap of evidence that a completely tangential investigation has rekindled a legal case against Donald Trump that had been settled months earlier, while conveniently neglecting to mention the open investigation into coordination between the Clinton campaign and Chinese Intelligence.

Trump is wounded in the polls with very little time left to rebut the false charges. Days later, the same democrat FBI director comes forward to say nothing was found and the investigation remains dormant, but the damage is done. On election day, Trump wins the popular vote by almost three million votes, but falls in the electoral college total by a margin of less than eighty-thousand total votes in only three states, at least one of which is suffering from recently-passed democratic election measures than makes it significantly more difficult for rural and suburban voters to cast their ballots.

Clinton spends weeks jet-setting around the country on a “victory” tour of only those states that voted for her, crowing incessantly about her “historic landslide” when in reality her EC margin is in the bottom ten percent of Presidential contests and her two-point-eight-million ballot loss in the popular vote is “unpresidented” in American history.

She immediately starts picking a cabinet and White House staff that reeks of corruption and deeply-troubling business and personal ties back to China, including a Secretary of State nominee who had previously been involved in a multi-billion dollar business deal with the Chinese government that fell through due to Clinton’s Republican predecessor in the White House, and who was awarded a medal from President Jinping himself for being such a great pal to China.

Then, less than a month after her inauguration, Clinton’s National Security Advisor, who had previously been fired from his position as the head of the Defense Intelligence Agency for his abuse of subordinates and love of anti-republican conspiracy theories, is revealed to have had secret conversations with the Chinese ambassador to the U.S. in which he instructed China to ignore sanctions Clinton’s predecessor had put in place as punishment for their interference in the election. Conversations which broke all sorts of diplomatic and ethics protocols, as well as federal law. Clinton’s National Security Advisor lied to not only the public about the nature of these conversations, but to VP Tim Kaine, and investigators for the FBI as well, which is itself a felony.

Amazingly, the same day those illegal conversations took place, China announces that it will take no action at all in response to the new sanction, a move which President elect Clinton responds to by praising President Jinping for be “smart” in the first tweet she’d ever pinned to the top of her personal account.

At nearly the same time, it’s revealed that the CIA and NSA have independently confirmed many of the aspects of the forgotten dossier that alleged Clinton of being compromised by blackmail, that the Intelligence Community is withholding vital intel from Clinton’s White House because they’re afraid of it falling into the hands of the Chinese government, and that Clinton had known for weeks before public revelations that her National Security advisor had been lying about his involvement with the Chinese ambassador.

That brings our thought experiment to now.

Does anyone, anywhere, wish to argue with me that, given the above, the GOP wouldn’t have already shut down DC, demanding the impeachment of Clinton, Kaine, the invalidation of the results of the electoral college, and the immediate installation of Donald Trump as the rightful President, Constitutional crisis be damned?

Yeah, I didn’t think so.

To members of the Democratic party, any patriotic Republicans that remain, the press, the Supreme Court, our intelligence community, and the three-quarters of the American electorate who did not vote for this:

You know what to do.