So, You Sold Your First Novel. Now What? 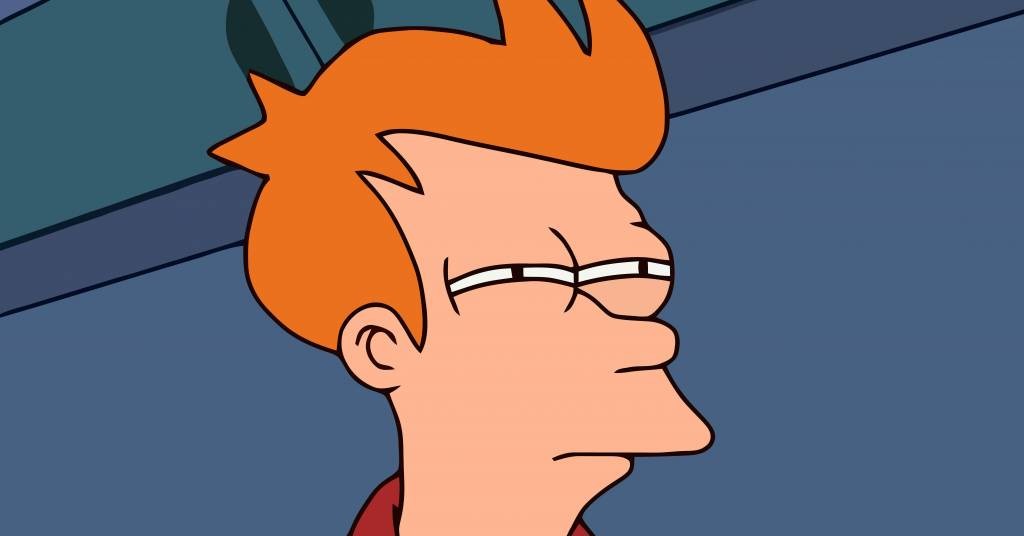 So, your years-long dream has finally come to fruition. You’ve written a great book, great enough to  land an agent. Now they’ve done their job and sold your plucky little manuscript to an honest-to-goodness publisher.

Now it’s time to kick back, put your feet up, and let the reviews, fans, awards, and royalties just start rolling in, right?

Oh, my sweet summer child. No… just, no.

If you thought writing the damned thing was time-consuming and stressful, you’re in for a real treat with everything that comes next.

Let’s start with the book itself. It’s not good enough. Sorry, I know you love it, it’s your baby, and you’ve gone through like seven rewrites already and the last thing in the world you want to do is crack it open and polish it again. Well, too bad, because that’s exactly what you’re going to do, except this time you’re going to be working with a real editor, and they’re going to have their own ideas about how your baby should turn out. And odds are, they’re going to be right, especially at this early stage in your career. An editor’s job is not just to make your book better by cleaning up formatting and spelling errors, it’s to make your book more accessible to audiences, more successful for their company, and ultimately to make you more money and more famous. And the odds are good that they’ve edited a ton more books than you’ve written, including quite a few very commercially and critically successful ones if they’re worth their salt. So for your first time through, just swallow your pride and do what they tell you.

I’m not saying you have to sacrifice your artistic integrity. Actually, scratch that. That’s exactly what I’m saying. You’re brand new. You barely know what you’re doing here. Artistic integrity is for closers. You barely rate a set of steak knives, nugget. And if you listen to your editor now, you might just stick around in this business long enough to really write what you want while your editor is busy spending all their time on another wet-behind-the-ears neophyte. Didn’t you know that’s the real reason books keep getting longer the deeper into a series they go?

There’s one other difference now that you’re working with an editor. Hard deadlines. See, your baby book has been placed in your publisher’s release queue. Between editing, rewrites, copyediting, cover creation, print runs, and distribution, it takes many months to get a book on the shelves on a specific date. Any delay in that process has ripple effects downstream that makes everyone else’s job that much harder, and in some cases more expensive. Significant enough delays can throw the rest of the publisher’s schedule into flux, pushing back or rearranging release dates and impacting the other authors on their list.

Don’t be that guy. You’re not George R.R. Martin. Your publisher is not going to wait with baited breath while you take your sweet time to turn in what was promised. You are a professional now, it’s your job to deliver a completed project on time and as requested. Clear? Good. Moving on.

A quick word on covers. No one cares what you think. Designing eye-catching covers that hit their market niche is high sorcery. It takes an incredibly skilled eye. As a debut author, you can expect to have some very limited initial input in the art direction, if only for very basic question of a character’s physical appearance, clothes, and background atmosphere. But after that, it’s off to the art department, which are themselves trained and experienced professionals in their field just as your editor is in theirs. Just go with it, okay? It’ll be fine. 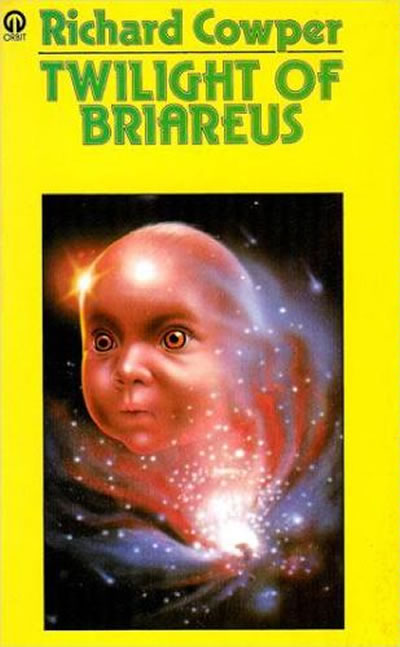 Moving on. The next thing your book is going to need is Buzz. You can help accomplish this in one of two ways. One, glue live bees to the covers and throw copies at people. This used to be the preferred method of debut novelists, but with our current pollinator shortage, it’s not very environmentally or socially responsible.

Two, get advanced copies in the hands of book reviewers before they publication date. These are known as Advanced Reader Copies, or ARC’s in industry parlance, and they come in either physical or ebook formats, depending on the publisher and the resources they’ve decided to invest in your release. Often, your publisher will have someone to help with finding popular book reviewers and getting copies into their hands, but there’s no reason you can’t help the process along. Start following book review websites and blogs. Find the most popular ones in your genre and jot down their contact information and any submission instructions they may have. When ARC’s become available, ask if they’d like to take a look in a short, polite email. Coordinate with your publisher so you’re not doubling up efforts or wasting copies.

Another popular method authors use to raise the profile of their book ahead of release is a “blog tour.” This is simply nothing more than a flurry of guest posts, interviews, flash-fiction, or podcast appearances that will get your name and the title of your book in front of new readers. It’s a mutually beneficial relationship. Genre blogs are always looking for new content, and you get to tap into their preexisting audience. There are dozens of websites, blogs, and podcasts that deal with the publishing industry and are happy to host debut novelists. Search them out just as you did with reviewers. Have suggestions for the sorts of posts you might like to write, whether about your inspiration for writing your first book, your process, research you did, etc.

Now, the really scary one. Securing the dreaded blurbs.

Blurbs are the little “Attaboy” quotes, typically from other authors, that grace the back, or even front cover of a book. Think of them as an endorsement in politics. They are a powerful marketing tool, a way of transferring the power and legitimacy of a more seasoned professional without all the messy Highlander-style decapitation. 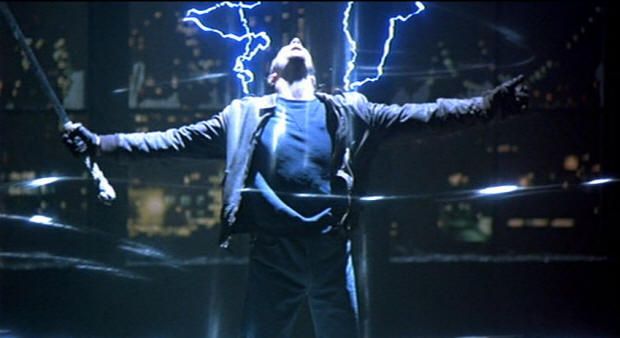 Although, that would be pretty badass.

A good blurb or two from top-tier authors can have a huge impact on the shelf appeal of your book and the odds it ends up in the bag. They are also notoriously difficult to get, and often incredibly awkward to ask for. But ask you must. Securing blurbs for a debut is largely left up to the author themselves. And being a debut author means you probably don’t have much in the way of a reputation yet to make the quest any easier.

So, how do you do it? Well, first of all, know who you’re trying to snag an endorsement from. As a general rule, you’re looking for blurbs from authors who have already made a name for themselves in the genre of your book, because you’re trying to tap into a similar audience niche. If you’ve written a sci-fi novel, you’re going to want to search out endorsements from sci-fi authors. A fantasy novel, the same. There are exceptions to this rule, of course. An endorsement from Brandon Sanderson or John Scalzi is going to be hugely useful no matter what kind of book you have.

Next, try to understand what you’re asking. To give your book a blurb, an author needs to take time out of their schedule to read your book. The more successful the author, the more of these blurb requests they’re going to get. The field can get cramped awfully fast. Yes, this is just like being thrown back into the submissions queue. Because of the time commitments involved, you need to be thinking about blurbs many, many months ahead of your publication date. They need to be turned in before your book goes to the printers. It’s entirely possible that you’re not even going to have a final edit finished by the time you need to start shopping around for them. The best time to start thinking about getting blurbs is as soon as you’ve signed the contract, or even once you’ve finished your first draft.

For example, my first book, THE ARK, is going back under the knife and getting a second edition with a whole new cover, expected to drop next July. This is unusual, and amounts to a relaunch. It also gives me a second opportunity to secure new blurbs. Despite not coming out for ten months, I’m putting in requests among the authors I know right now.

But, you say, I’m new. I don’t know anyone! Yeah, that’s the fun Catch 22. Sucks, huh? Here’s how to overcome that. First, go to conventions, shake hands with people. Attend or participate in panels. Ask questions. Buy drinks. Pick brains. Make friends. Then, exploit your friends for fun and profit. Don’t worry, they’ll do the same to you in time. It’s fine.

Conventions too expensive/stressful/you’re-an-introvert-which-is-why-you-became-a-writer-in-the-first-place? Okay, that’s fair. Switch over to social media. Follow authors on Facebook, Twitter, Instagram, etc. Write honest reviews for their books. Interact with them in an organic, not-stalkerish way. Engage them with questions about their work, process, hobbies, etc. Joke with them. Figure out where they live and show up in your El Camino holding a boombox playing Peter Gabriel over your head.

Okay, no, that’s getting stalkerish again.

Once you’ve established a natural rapport, as them in private if they’d be interested in looking at your book. Be polite, be genuine, and be humble. And above all, be ready for a lot of people to say “No.” What, you thought you were done getting rejections? Sorry, kid, but they’re part of your life now.

However, just like the gamut you ran through getting an agent, and getting a publisher, it’s all a numbers game. Don’t let the rejection weigh you down, keep pushing forward. That kind of determination got you this far. It will carry you a lot further if you trust in it.