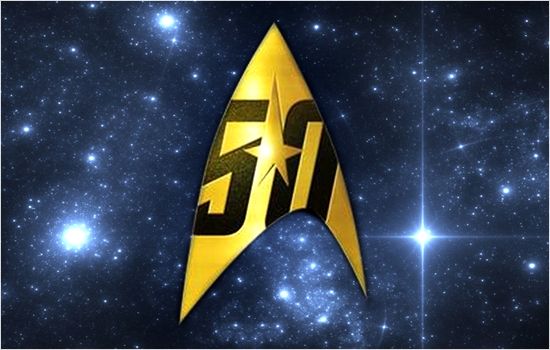 “You were one of those Star Trek nerds in high school.”

So, as one or two of you might know, I get into little scraps on the internet from time to time. Usually it’s because someone is being a douche about one or more social or political issues important to me.

Anyway, long story short, at some point in all of this the target usually gets mad, frustrated, and completely abandons any pretext of trying to defend their position and instead start digging through my public profile looking for things they believe will embarrass or discredit me. And something almost every brototype or ex-quarterback with blown-out knees eventually settles on is my Star Trek fandom.

“You were one of those Star Trek nerds in High School!” They shout, convinced it’s going to be the silver bullet that will finally slay their nemesis and send me scurrying for cover. Trouble is, that doesn’t work anymore, because I’m done apologizing for Star Trek.

Let’s set aside the fact these man-children continue to retain an unhealthy fixation on the social hierarchies that defined them as teenagers and focus on the accusation itself. Star Trek fandom was supposed to be a mark of shame, proof of status as a social pariah.

I’ve seen every episode, of every series (including the animated series), and every movie. I’ve been building kits and even scratch-building ships for twenty-five years. And not only that, but I’ve met several of the actors. I’ve become friends with people who have written episodes for Star Trek, novels for Star Trek, done graphic design for Star Trek, built filming miniatures for Star Trek. The voice talent who records my own novels for Audible.com was a character actor on both Next Gen and Voyager. I’ve built relationships with people who have helped create and shape one of the most enduring, popular, and prolific television and movie properties in the entire history of those mediums.

Yeah, you can say I’m a fan. Why in the hell should I be expected to be embarrassed for it? Star Trek has been one of the most consistent voices for tolerance, moderation, inclusiveness, empathy, and basic human decency throughout my life.

Captain Kirk taught me that real men don’t throw the first punch, but they sure as hell throw the last one. Commander Spock taught me the value of patience, logic, and controlling one’s passions.

I watched Next Gen week after week as new episodes aired. And over the course of those seven seasons, I watched an implacable Klingon warrior become a loving father without giving up what made him strong. I watched a blind African American and an albino android become the closest of friends and confidants. I saw a bald Frenchman talk through crisis after crisis with sworn enemies without a shot fired or loss of life to either side, saving people who only hours before wouldn’t have spit on him if he were on fire, and I never once questioned his masculinity for finding a peaceful solution instead of rushing into a fight.

I saw humans, aliens, and androids coming together, embracing their differences, growing to respect and trust one another as compatriots, then friends, and eventually family. And becoming unstoppable somewhere along the way.

And now I’ve learned that one of my favorite starship captains, Sulu, is in a same-sex relationship and raising a family with his partner, and I couldn’t be happier for them.

Those examples have never left me. They are the foundation of my values and morality, and my unshakable belief that we are stronger together. That our differences are superficial and illusionary. That infinite diversity in infinite combinations is a noble goal. And that those that seek to separate and divide us are holding us back from our ultimate destiny out among the stars.

These beliefs shape my politics, my comedy, and especially my writing. As angry as I may seem at times, as cynical and short-tempered, it’s all due to impatience. Because I’m in a rush. A hurry to see my world, our world, reach out to the future I know humanity has waiting for it once we put away all this bullshit and embrace our shared, collective potential.

Yeah, I’m a Star Trek fan. And I’m done apologizing for it, because there’s absolutely nothing to apologize for. Here’s to fifty more years.

We miss you, Spock, Scotty, and Bones.