Meet the Voice Behind TRIDENT’S FORGE

We’re less than two months out from launching TRIDENT’S FORGE now. The paperback has gone to the printers, the eBook is being formatted, and the voice actor is in the studio recording the audio version.

His name is Mirron Willis. And not only is he an award-winning audiobook narrator, but he’s also a stage and screen actor with a lot of nerd cred, appearing in Independence Day, Star Trek: The Next Generation, Babylon 5, and Star Trek: Voyager during his long career. 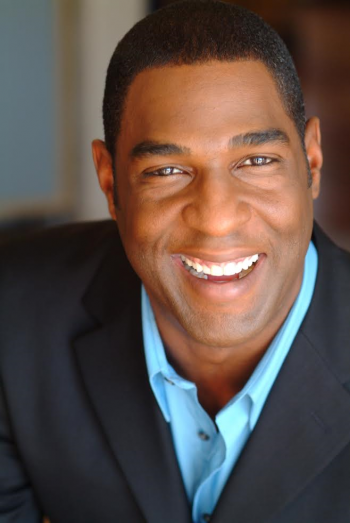 As he did for THE ARK (listen to a sample here), Mirron is lending his voice to help bring the brand new world of TRIDENT’S FORGE to compelling life for listeners. He’s currently sitting at the mic, struggling with a bunch of alien names and cursing the author, I imagine.

As an audiobook consumer myself, I know just how important a strong, consistent voice is for the enjoyment of the listener. So I’m delighted that Audible has committed to bringing Mirron back. After an hour-long phone conversation with him coaching pronunciation, his enthusiasm for the project was palpable. TRIDENT’S FORGE will be going live for pre-order with Audible soon. In the meantime, burn up a credit on THE ARK and get caught up.

And if you’ve never tried an audiobook before, you really should. The era of tapes and CD’s are long gone. I started listening to audiobooks on my smartphone while I workout last year instead of music. Now I find myself running extra miles on the track so I can hear ‘Just one more chapter.’ I’m averaging an extra book per month as a result. So if you workout, commute, or spend more time in a cubical than is constructive to maintaining your sanity, give an audiobook a try.