Republicans and Terrorists and Guns! Oh My! 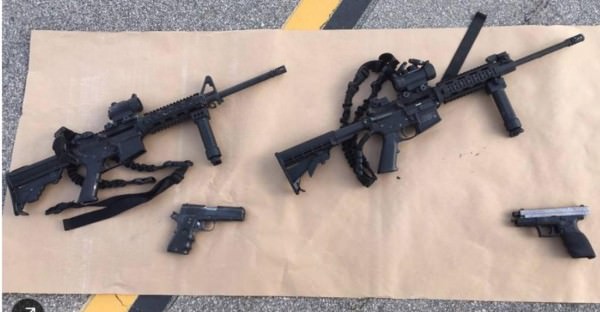 Last week, the GOP controlled Senate passed a bill that would repeal Obamacare, defund Planned Parenthood at the federal level, and defended the rights of suspected terrorists to continue buying guns.

The Republicans’ continued obsession with rolling back President Obama’s signature domestic policy achievement is, quite simply, insane. After more than sixty votes to repeal, replace, defund, or weaken the ACA, the program continues to not only exist, but exceed even the most optimistic predictions of its supporters.

Their effort to defund Planned Parenthood, which gained momentum as a direct result of fraudulent propaganda videos, is nothing more than the most visible symptom of the feverish sexism driving the GOP’s positions on women’s health, reproductive rights, contraceptive access, and pay equality.

I’m sorry, everybody, but they are 100% on point here. No one is going to accuse me of being a Republican apologist, which is why I’m hoping this is given more weight coming from me. And while it’s true that I’m a supporter of gun rights and a Concealed Carry License holder, I’m also open about my desire for greater control over the sale, transfer, and training for those guns.

And really, the issue here isn’t about the Second Amendment, it’s about all of our civil rights. So keep that in mind as you read through this.

At the heart of the issue is the Terrorist Watch List, and the smaller “No-Fly” list, which are extra-judicial lists of U.S. citizens compiled by various government agencies like the CIA, FBI, DHS suspected of terrorist activity, or ties to known terrorists. Inclusion on the list usually means, at minimum, a ban from domestic or international flights. But the consequences can go further than that, preventing a person from getting security clearances. They can stop job prospects in their tracks.

And it does so without the need for judicial review. Without the need for viable evidence. Without due process. And the people on the list are tasked with proving their innocence, not even to a judge and jury, but to a byzantine labyrinth of bureaucratic actors who answer to no one.

I have no problem, at all, with background checks. I think universal checks for private sales is only common sense and the minimum due diligence gun owners should be expected to meet before turning a weapon over to another person. But that’s not what’s going on here. Background checks look for convictions, they look for red flags that exist because a person has lost their right to own a firearm as a result of actions that the government has proven beyond a reasonable doubt the individual was guilty of after going through due process.

That’s not what the No-Fly list represents. The people on it have only been accused of ties to terrorism, based on unproven rumors and hearsay. Thousands of names have been found to be duplications or misspellings. U.S. Senators have found themselves blocked from flying because of it. Infants have been pulled off planes. And the process to get oneself removed is daunting and can take many months or years.

Now the President and many Democratic lawmakers want to expand the power of the No-Fly list from these already invasive intrusions into our lives, to a civil right specifically delineated and guaranteed by the Constitution.

That’s not how things are supposed to work in the U.S.

Set aside your feelings about gun control and forget for a moment that we’re talking about Second Amendment rights, because that’s not really what this is about. Instead, imagine for a minute that the President had just called for anyone on the No-Fly list to be banned from internet access. Or that your inclusion on the list meant police no longer needed warrants to search your home, person, or private effects. Or that you were no longer eligible for Fifth Amendment protections.

How would you feel about that?

Because that’s exactly how you should feel about this. Like it or not, the GOP, regardless of their underlying motivations, are right. The No-Fly list should be ended, not expanded. If the government has proof that the people on it are terrorists, then arrest them, charge them, and take them to a real trial with a real judge, real lawyers, and a real jury. That’s their job, and the only route through which they can legitimately restrict our Constitutionally protected civil rights. Anything else is a flagrant infringement and overreach that we, as Americans, should oppose.