After the Draft: A New Hope 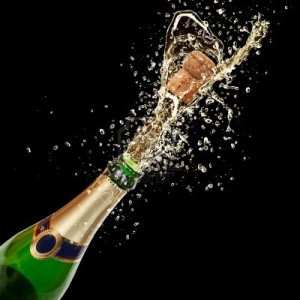 It’s been quite a while since our last episode of After the Draft. Until this point, we’d been following around my second novel manuscript, Let Sleeping Gods Lie as it wound its way through the labyrinth of query letters, synopsis writing, partial requests, rejections, and waiting.

It’s been so long, in fact, that in the meantime I’ve completed an entirely different novel manuscript named The Ark that was recently sent into the wild as well.

Well, with a dozen queries sent out and a full manuscript request, The Ark hit pay dirt. I am immensely proud and humbled to announce that, as of yesterday, I’ve signed with Mr. Russell Galen of the prestigious New York Agency Scovil Galen & Ghosh.

All told, it was less than two weeks between sending out the first queries and receiving an offer for representation. Compared to my experiences with the first two novels, this was nearly instantaneous. Each book, and each agent is going to be different, and there’s no way to know ahead of time how any one query is going to pan out. Querying your work is a long, hard, frustrating, tectonically slow process, right up until the moment it isn’t. And when it turns, it turns fast and without warning. So be prepared to shift your focus and attention on a dime.

As it happens, I had a referral to Mr. Galen from one of his existing clients who happens to be a friend of mine. Referrals are no guarantee of success, but they can be very helpful in getting eyes on your manuscript. As I’ve said elsewhere, I do not believe this is a who-you-know business. Talent, discipline, and hard work are all necessary for success when your turn comes up. But just as in any other aspect of life among humans, knowing people will give you more opportunities to be seen and sooner.

And for God’s sake, polish your query and synopsis writing skills. To add one more example, here’s the query I sent in for The Ark, (names omited to protect the innocent). I hope it helps when you’re drafting one for your own book:

Mr. Galen,
XXXXXXXXX contacted you this morning about a novel manuscript titled The Ark I’m just now starting to seek representation for. You represent both him and my friend YYYYYYYY, both of which have spoken very highly of the work you’ve done on their behalf. I think this piece may be a good fit for your agency. Here’s a brief introduction to the project:

Humankind has escaped a dying Earth and set out to find a new home among the stars aboard an immense generation-ship affectionately named the Ark. Byron Benson is the Ark’s greatest living sports hero, enjoying retirement working as a detective in Avalon, his home module. The hours are good, the work is easy, and the perks can’t be beat.

But when a crewmember goes missing, Byron is thrust into the center of an ever-expanding web of deception, secrets, and violence that unravels everything he knew about living on the Ark and threatens the lives of everyone aboard. As the last remnants of humanity hurtle towards their salvation, Byron finds himself in a desperate race to uncover the truth before a madman turns mankind’s home into its tomb.

The Ark is, to coin a phrase, a “sealed-airlock” sci-fi mystery/thriller that clocks in at just under 99k words. It’s written to be accessible to readers new to the sci-fi genre, while still retaining enough hard science elements to appeal to long time veterans. Fans of John Scalzi’s Old Man’s War series or James S. A. Corey’s Expanse universe will find a lot to love aboard The Ark.

I have previously had fiction published in Andromeda Spaceways Inflight Magazine, written BattleTech tie-in fiction for Catalyst Games, non-fiction in The SFWA Bulletin, and appeared in numerous anthologies. I was recently named a semi-finalist in the Writers of the Future Contest for my short story, “A Genuine Smile.” Thank you for taking the time to review this query, and I hope to hear from you soon.

And that’s it. Keep it on-topic and short. An intro, no more than two paragraphs setting the hook, another describing the type of audience the book was intended for and a couple of examples of books that have sold recently that compare favorably to it, and a paragraph with your best writing credits. Done.

And with that, I must leave you and delve deeper into my forth rewrite of this manuscript as I integrate the first round of edits from my agent. Never would have guessed on Labor Day that this was how I’d be spending the rest of the week. I won’t lie, it feels pretty great.

Keep writing. You can do it. I’ve got your back.